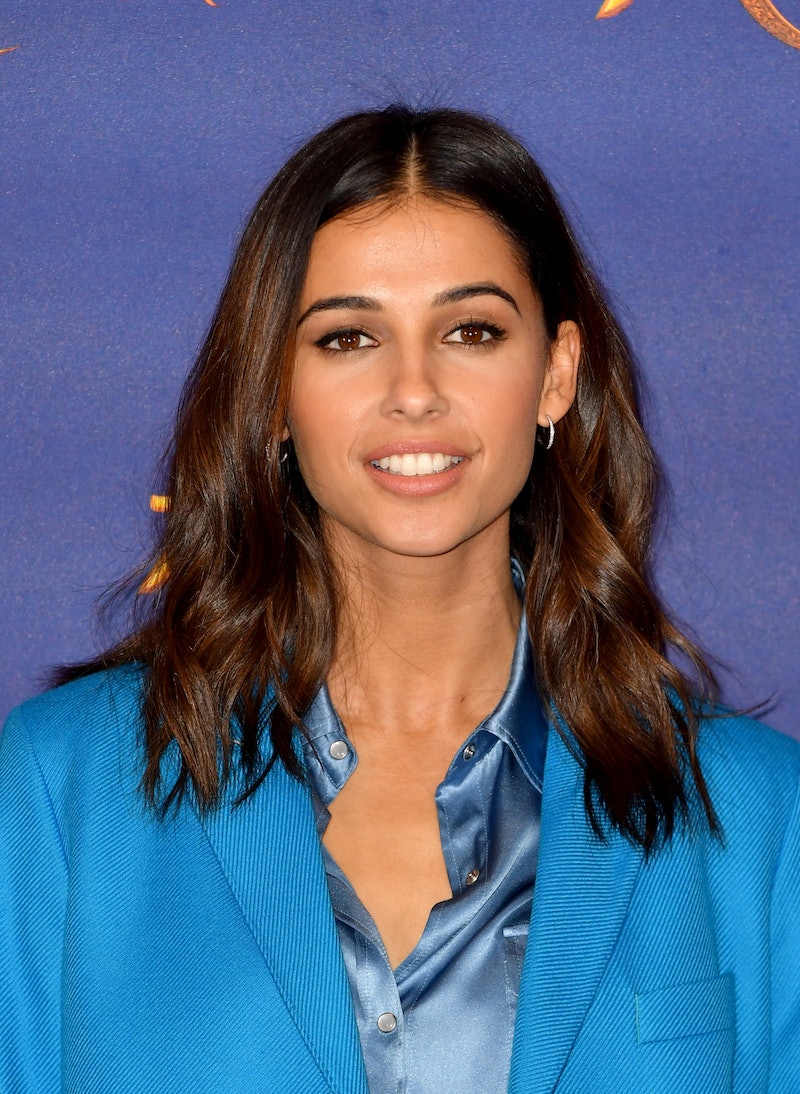 While Naomi Scott's Jasmine may be trading lyrical love lines with Aladdin on-screen, it's a whole different world when it comes to her off-screen love life. So, who is Naomi Scott dating? The actor has been in a committed relationship for some time now.

According to the Daily Mail, Scott is married to athlete Jordan Spence, who is a defender for Ipswich Town, and has been since 2014 (the pair dated for four years prior to their wedding). As ELLE noted, the two originally met at the Aladdin star's parents' church, which is the Bridge Church, Woodford in Redbridge, United Kingdom. The publication reported that the church is self-described as "a community of ordinary people who have found peace, joy and purpose in an extraordinary God."

Scott frequently posts photos featuring her husband on her Instagram, particularly ones that put their love story on full display. The actor's very first post on Instagram in June 2014, happens to be a snap from the pair's wedding, in which the married couple can be seen sharing a sweet embrace.

In May 2017, Scott took to Instagram to share a birthday message for her significant other. And not only is it next-level sweet, but it totally shows why this couple has stood the test of time. She wrote:

Happy Birthday Jordan Spence my BFF. You're also really hot, really clever and smell nice....basically all the things I look for in a husband.

The actor also likes to show off a bit of a silly side to the couple's relationship. In May of 2018, Scott posted a brief clip of Spence's celebration dance during one of his soccer games. In the caption, she joked that her hubby was going to show off those moves and any "air guitar" skills during her U.K. tour (in addition to being one of your Disney faves, Scott also enjoys a career as a singer and performs around the world).

In a recent interview with British Vogue, published on March 4, Scott opened up about her relationship with Spence and the role that her religion plays in every aspect of her life. “[My faith is the foundation] of every decision I make, and of my marriage,” she told the publication, and continued to reveal that she and her spouse are aiming to be your next favorite power couple. She said:

“And [my husband Jordan Spence and I are] are young people with big aspirations – I want to be a power couple, I want to make all the money and have a big house. But sometimes Jordan and I say, OK, if I never acted in a movie again, if he never set foot on a football pitch, would our world fall apart?”

It sounds like despite all of the success that they've both had in their careers, they still have their priorities set totally on each other.

Based on all of their adorable photos together and comments about their longtime love, it's clear that Scott and Spence have found a totally fantastic, whole new world with each other.