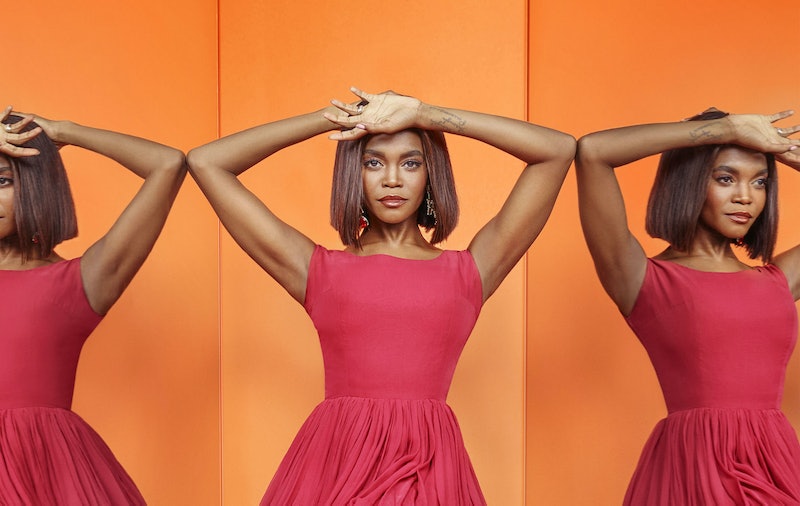 The BBC is about to unveil its latest dance competition show, and when doing so, will introduce viewers to The Greatest Dancer's all-star lineup of judges. Completing the judging panel is the former X Factor star Cheryl, Broadway and Glee actor, Matthew Morrison, and a face some BBC ballroom show fans might find familiar — Oti Mabuse. The series will see hopefuls take to the dance floor with the desire to impress the onlooking studio audience and judges. But who is judge Oti Mabuse?

Well, you may have previously seen Mabuse on BBC's Strictly Come Dancing, in which she has appeared as a professional dancer. As reported by the Radio Times, the 28-year-old's dance speciality is Latin, and her skills in this area have taken Mabuse around the world, where she has won many impressive titles. Those achievements include securing first-place in German Championship PD Freestyle Latin, as well as winning the South African Latin American Championships eight times. According to Heart, Otis was born in Pretoria, South Africa, and took up dancing at the age of four. At the age of sixteen she moved to Germany in order to pursue her passion of contemporary dance. Later in her professional career, Mabuse began starring in the German edition of Strictly Come Dancing, and after two series, moved to the UK where she now stars in the British version of the show.

The Greatest Dancer judge first appeared on the UK edition of Strictly back in 2015, and made a disappointing exit early on in the series, along with dance partner, and boxing champ Anthony Ogogo. The following year, however, she faired much better by managing to reach the 2016 final, with Hollyoaks actor Danny Mac. In the 2017 series, Mabuse was paired with Paralympic athlete, Jonnie Peacock, and exited the series during the ninth week. And in 2018 she lasted just one week longer, when she was eliminated with partner Graeme Swann in week ten.

Mabuse will appear as a judge in the upcoming BBC series, The Greatest Dancer, which kicks off on Saturday, Jan. 5 on BBC One. The series aims to discover the UK's next big dancing star, and the winner will be awarded with a hefty cash prize, as well as a chance to appear on the Strictly Come Dancing 2019 live shows. Although the professional dancer is jumping ship to another BBC series, Mabuse has previously credited Strictly for changing her life. According to Hello Magazine, she said:

"To think that a South African girl can make it in the UK and dance on Strictly then end up on a panel with these amazing people — that's how dancing has changed my life. It's a life-changing experience."

After some claims that Cheryl and herself weren't exactly getting on during filming of The Greatest Dancer, Mabuse took to Instagram to dismiss the reports. Her caption read "Imagine a world where two women work together with love, support and nothing but sisterhood... THERE (is) ABSOLUTELY NO TENSION between @cherylofficial and myself, " and continued "This beautiful woman has been nothing but caring, accepting and guiding towards me, she’s funny, smart and honest." You go girl.