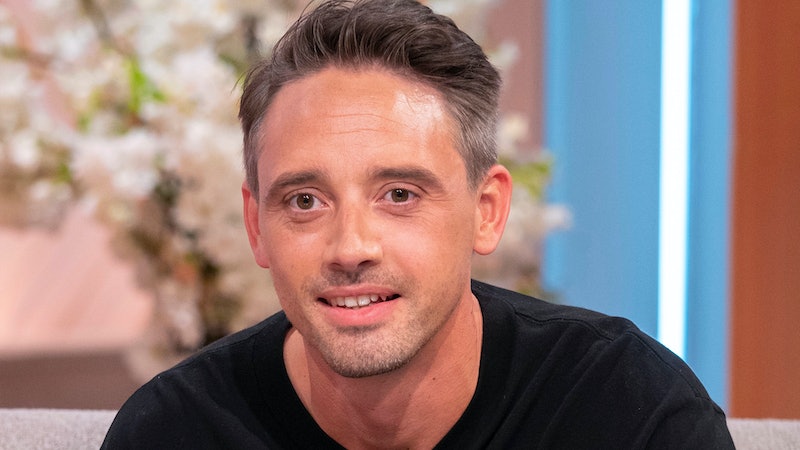 In the first part of Channel 4’s I Am anthology series, Perry Fitzpatrick plays the coercive Adam who essentially traps his partner Nicola (Vicky McClure) in a manipulative relationship. Utilising experiences from the actors and improvisational dialogue, I Am Nicola provides an uncomfortable yet relatable insight into a dysfunctional relationship. And while it’s fantastic to see the two actors truly inhabit these roles, it’s hard not to wonder why Fitzpatrick’s seems so damn familiar. So, who is Perry Fitzpatrick and what other projects has he previously worked on?

McClure also had a pretty major role in This Is England as Frances Lorraine ‘Lol’ Jenkins. While the two don’t actually share a scene together, they recently reminisced about how Flip and Lol do interact for a brief moment.

“Me and Perry don’t actually have a scene together, but we have one line I think on ’90 was it?” McClure said during an interview on Lorraine. “Yeah, I tell you you look like Annie Lennox,” Fitzpatrick recalled.

This Is England isn’t the only time that the actors have crossed paths — they practically grew up together in Nottingham. Fitzpatrick and McClure started their acting career alongside each other at The Television Workshop in the Midlands city when they were 11-years-old.

“We did plays all the time and if we weren’t doing plays we were just doing improvisation y’know on a Tuesday and Thursday night,” McClure mentioned during their interview on Lorraine. “So, it was kind of from the minute we met we were always doing something.”

A lot of their workshops included learning the art of improvisation, which lent itself pretty well to their work on I Am Nicola as the dialogue itself is improvised. “Week in, week out we’d just sort of create dramas from nothing,” Fitzgerald explained. “It’s kind of what we’re used to.” Before Fitzpatrick was cast in I Am Nicola, it was actually McClure that suggested he would be the best fit for the part.

“I remember saying to Dominic [Savage] that if I had my way I’d love to cast somebody that I know, and I’m good pals with Perry… just know that he’s never had the opportunity to be a leading man and being that I’ve known him so long I feel he deserves it,” McClure said during a press screening attended by Bustle UK.

“I know he’s amazing at what he does. And it would have been very difficult pulling in an actor who’s a name just because he’s a name when he’s the perfect man for the job. Because I trust him and we’ve got a beautiful friendship that will just enhance all of that.”