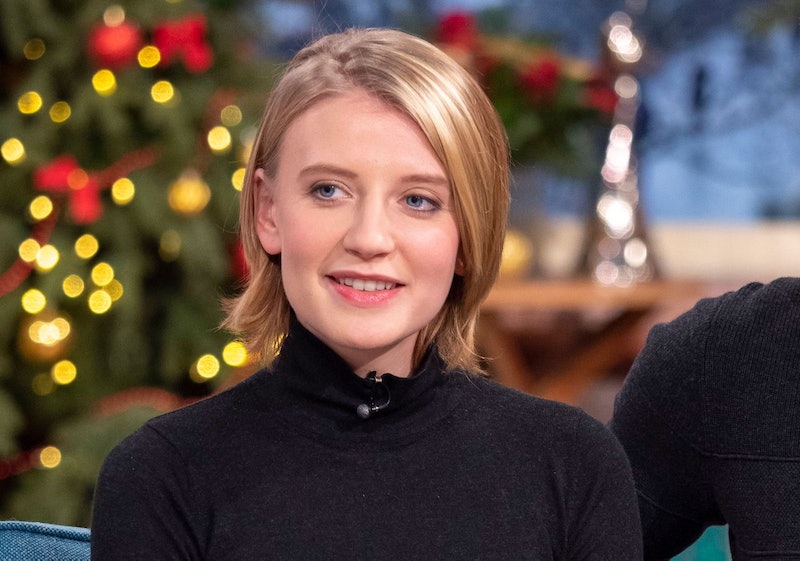 Playing a sports legend must be pretty hard work. Especially when it's one who actually ice skates. A dangerous activity to get on with at any rate, but add to that a huge history and millions of people watching you, and you have this Christmas season's heart warmer, Torvill And Dean. And who is Poppy Lee Friar? The actor who plays Jayne Torvill has some pretty big skates to fill.

Well Lee Friar has been acting since a very young age, and has progressed nicely from child actor to successful adult actor. She has appeared in some low key iconic shows that you might remember like erm the TV adaptation of actual Jacqueline Wilson's Dustbin Baby. Dead Gorgeous and Little Einsteins are two more hit shows on her kid's TV wrap sheet meaning she has probably low key moulded the minds of an actual generation. OMG. Anyhow, don't you worry babes, she has been super adult as well. She has starred in drama Ackley Bridge and also in a flipping film called My Cousin Rachel alongside Rachel Weisz. Not too shabby at all now is it?

Oh hell no, and you guys this drama is looking pretty damn good as well.

OK, so we all know watching ice skating is the best. Especially if you prefer to admire the fine art from afar (me, please don't make me skate). And perhaps two of the best known skaters internationally are in fact from a country synonymous with ice skating, Britain. What? OK not really at all, but this further backs up how amazing Torvill and Dean's rise and rise really was. You can keep your Tonya Harding, we have Torvill and Dean and they look better in mauve than any human ever has.

Speaking to Bradford Zone, Lee Friar couldn't contain her excitement when speaking about the project.

"It is a very emotional script. The story charts the lives of Torvill and Dean from when they are young. They meet for the first time as teenagers and there’s a lot of passion and love involved. They develop such a strong bond with each other."

Jayne Torvill and Christopher Dean met way back when in 1971, when Dancing On Ice wasn't even a twinkle in the producers at ITV's eyes. Yep they were tiny humans who were both dead keen on ice skating and were put together by Janet Sawbridge, the ice dancing instructor who saw their talent and ability from very early on. Growing up in Nottingham, they both had a lot of struggles in their family lives, so ice skating was an escape. Now, despite what you might think they are not in a romantic relationship. No, but they did have a little bit of a romantic dalliance way back when in their early days, that fizzled out. However, their friendship and work relationship grew and grew, leading up to their now famous Bolero ice dance in the Olympic games at Sarajevo in 1984.

Gosh what a beautiful story. Do they still skate now? Of course babe! You might know them as the very qualified judges from Dancing On Ice. And boy oh boy what a line-up they have to judge. Gemma Collins on ice? TV gold.

Watch Torvill And Dean at 9.15 p.m. on Christmas Day on ITV.