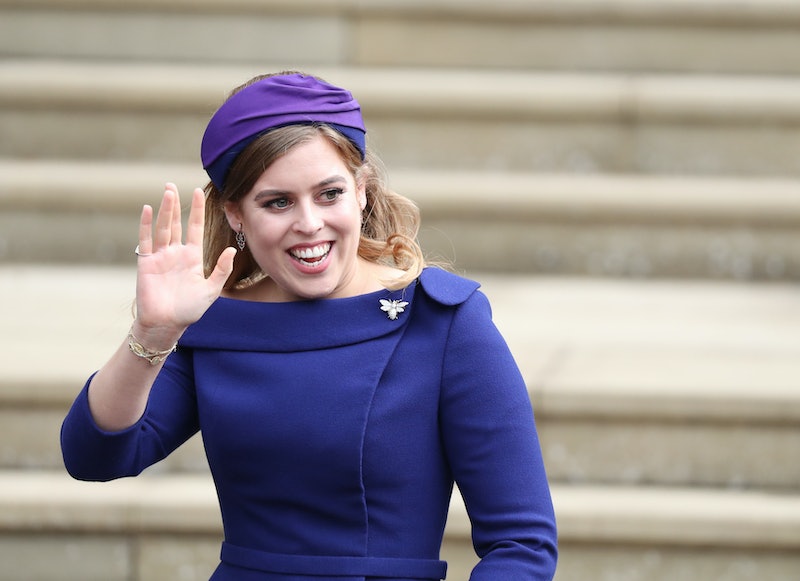 It's Princess Eugenie rather than Princess Beatrice who has been centre stage this year, with her wedding to Jack Brooksbank warming everyone's hearts back in October. But Beatrice is having a pretty big year love-life wise too. Following Eugenie's big day, there were rumours that Beatrice had found a new love of her own after her previous 10-year relationship with David Clark. He did not attend Eugenie's wedding but has been hitting headlines ever since. So who is Princess Beatrice's boyfriend?

According to Hello! magazine, Beatrice is dating Edo Mapelli Mozzi, a multi-millionaire property developer who founded property consultancy Banda in 2007. I have reached out to both Princess Beatrice's and Mozzi's representatives for comment regarding their rumoured relationship and will update you as soon as I hear back.

One look at Mozzi's Instagram page and you can see he lives a pretty affluent lifestyle and is super passionate about his work in property. Hello! reports that he has been married before and has a two-year-old son named Wolfie.

Banda, his company, specialises in developing high-end homes for clients. According to The Sun Mozzi is a fan of cricket and the opera, and is the stepson of David Cameron's late friend Christopher Shale, who sadly passed away at Glastonbury in 2011.

The publication reports that Beatrice met Mozzi in September 2018, shortly before her sister's wedding in October. While they've reportedly only been dating for a short time, both Mozzi and Beatrice attended the Third Annual Berggruen Prize Gala in New York recently. While they were not pictured together, partygoers Hello! claims they were spotted sipping champagne at the New York Public Library where the event was held. Other famous faces there included Karlie Kloss, who Beatrice was photographed hanging out with.

And it sounds as though things are going pretty well between the new couple. A friend told The Sun that marriage could even be on the cards:

“Beatrice and Edo have the same circle of friends and were introduced through a mutual chum. They hit it off instantly and have a real laugh together. They’ve been on holiday together and Beatrice introduced him to Fergie and her dad. Things are moving very quickly and it wouldn’t surprise anyone if they got engaged within a short period of time. They could even be tying the knot in 2019 — it’s already been discussed by her friends."

“Everyone is thrilled that Bea is so happy and in such a good place right now," the source continued.

This appears to be Princess Beatrice's first relationship since she was with her ex boyfriend David Clark. The couple had been together for ten years from 2006 to 2016.

This news follows her sister Princess Eugenie's wedding in October. Eugenie married Jack Brooksbank at Windsor castle in front of the entire royal family including The Queen. There were 850 guests, including a number of famous faces such as Robbie Williams and wife Adya Field (whose daughter was the cutest flower girl ever) and Demi Moore. Princess Beatrice acted as her sister's Maid Of Honour on the day, and wore a royal blue ensemble that featured a skirt and jacket.