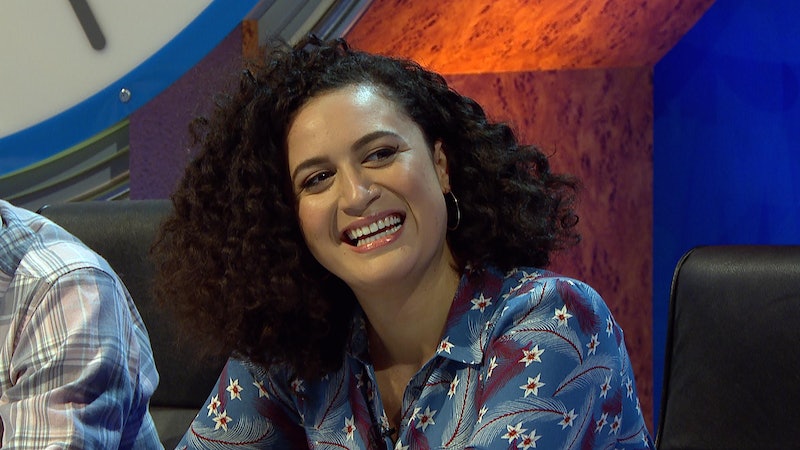 The comedy-gameshow crossover 8 Out of 10 Cats Does Countdown first premiered back in 2012, and following the success of Channel 4's one-off special, the show was later established as a series in its own right. As the title suggests, the show is a hybrid of the Channel 4 classic Countdown, and the long running comedy-panel show 8 Out of 10 Cats. The series regularly stars the likes of Rachel Riley, Susie Dent, Sean Lock, and Jimmy Carr — as well as a variety of different guests. But who is Rose Matafeo? Here's everything you need to know about the latest 8 Out of 10 Cats Does Countdown star.

According to her official portfolio, Rose Matafeo is a comedian, writer and actor from New Zealand. During an interview with the Guardian, Matafeo revealed that she first began performing stand-up routines at just 15 years-old, and when asked about how she wound up in the world of comedy, she said, "I just fell into it," and later continued, "it sounded like a fun thing to do. And I liked that I was completely in control of it, which is a rare experience for a teenager." Back in 2016, the comedian burst onto the UK comedy scene following her debut at the Edinburgh Festival Fringe — an appearance that went on to receive rave reviews.

As the comedian's portfolio states, Matafeo returned to the Edinburgh Festival Fringe in 2018 with her critically acclaimed show, Horndog. The show ended up nabbing the festival's most prestigious award, and was also nominated for best show at the Melbourne International Comedy Festival. In addition to 8 Out of 10 Cats Does Countdown, you might recognise Matafeo from her appearances on the BBC's Have I Got News For You, Dave's Unspun with Matt Forde, Jon Richardson’s Ultimate Worrier, Channel 4's The Great British Bake Off: An Extra Slice, and as displayed on her official Instagram account, the comedian also recently appeared on ITV2's Love Island Aftersun. Although currently storming the UK comedy scene, Matafeo is also highly-celebrated in her home country of New Zealand, where the comedian writes and stars in her very own sketch show, Funny Girls.

As previously mentioned, Matafeo won the top award at last year's Edinburgh Festival Fringe, and during an interview with the Evening Standard, the comedian discussed her "shock" victory. She said, "I’ve never experienced such weird shock. I’m an ambitious person secretly but winning was an out-of-body experience." Matafeo became the first person of mixed heritage to win the top award with a solo show, however, the comedian has mixed feelings about the attention her background received. In the interview, she said, "The fact that I’m the first person who isn’t fully white to win is awesome. But it shouldn’t be the case. I’m proud but maybe it’s a reflection of what Edinburgh is and how that needs to be broadened. Women have got amazing representation but there is much further to go."

Well, it appears Matafeo is making some serious waves here in the UK, and if you'd like to see more of the award-winning comedian, you can catch her in the brand new series of 8 Out of 10 Cats Does Countdown, which returns to Channel 4 for its 18th series on Friday, July 26 at 9 p.m.