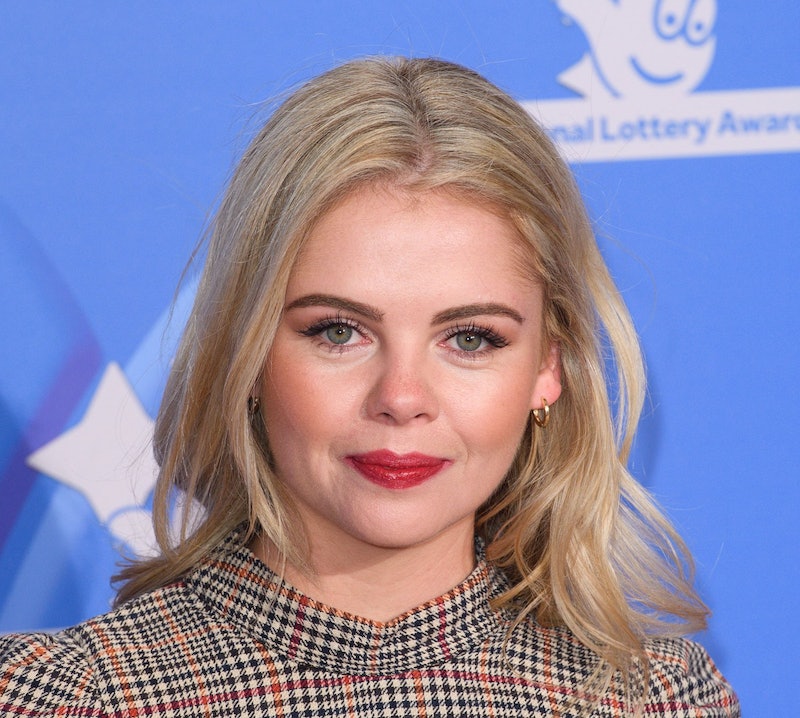 The delightful and funny Derry Girls is back on television for it's second season this March. Set in (you guessed it ) Derry, Northern Island, the hilarious coming-of-age comedy follows a group of teenagers in the '90s navigating adolescence against the backdrop of the Troubles. Derry Girls centres on lead character Erin Quinn. But who is Saoirse-Monica Jackson, the up-and-coming actress who captures Quinn's funny, sarcastic, and melodramatic attitude — as well as her cringey teenage angst — so perfectly? And what do we know about Jackson prior to her landing the lead role in Derry Girls back in 2018?

Born in the 1990s and raised in Derry and Greencastle, County Donegal, in Northern Ireland, 25-year-old Jackson already had a couple of things in common with Quinn when she took on the role. According to the Irish Independent, Jackson attended a local drama club in Greencastle and acted during her school years at Saint Cecilia's College before going on to study at The Arden School of Theatre in Manchester. And she's in good company, because The Arden list of alumni includes some TV and soap titans. Eastenders and Footballers Wives actor Zöe Lucker and Hollayoaks star Kim Tiddy both attended The Arden.

Before Jackson took on the role as the hilarious Quinn in Derry Girls, she performed in some other television shows, including Sky One's thrilling crime drama The Five, in which she played Sasha. Speaking to the Irish Independent in 2016, Jackson explained how she landed the role before she even graduated from drama school: "I got really lucky on my last year in drama school. I auditioned for an extra part in The Five, just one line really, and I kept getting called back."

In 2017, Jackson appeared in the BBC drama Broken, which followed the story of a Roman Catholic priest played by Game Of Thrones actor Sean Bean.

Aside from her television career, Saoirse-Monica Jackson has also appeared on stage. According to the Irish Independent, she played Curly's Wife in the Birmingham Repertory Centre's touring production of Of Mice And Men back in 2016. And, in 2018, she appeared in a rehearsed reading of Brian Friel’s Three Sisters, the Times reports.

It really seems like Jackson is a down-to-earth actress who loves representing her hometown Derry and praising women-lead television that we need in television right now! Even after becoming a household name in her hometown and starring in some hugely successful television shows, she is all about bigging up Derry. Speaking to the Derry Journal she said: "[I]t was great to have that positive representation of Derry and of the North ... to have the support of your home town behind you all the way is incredible."

Jackson went on to praise the woman-led production of Derry Girls:

"We are privileged to be part of [Derry Girls] and we have got amazing women around us, from Lisa [McGee] writing it, our producers and our team, designers and other women in the cast."

Clearly working with women both in front of and behind the screen is something dear to her.

It looks as though Jackson is on the cusp of a wonderful and life-long career, and there will surely be some more laughs from her in Derry Girls Series 2. She's definitely one to watch.