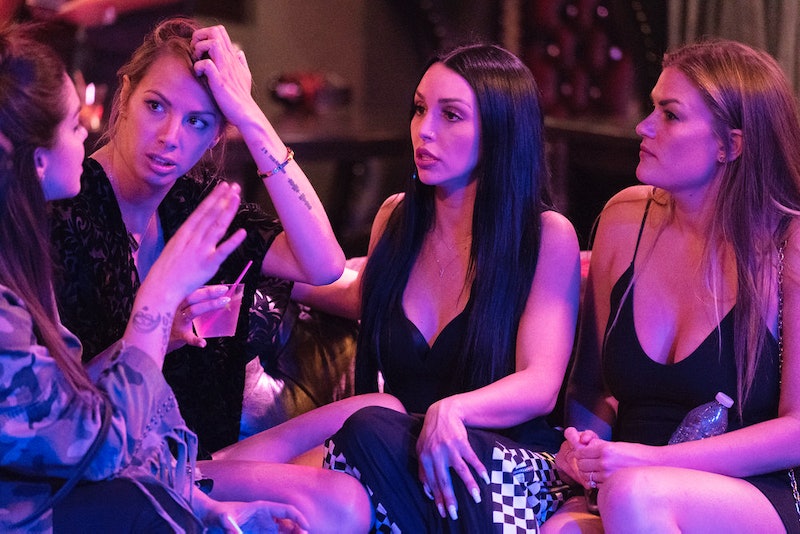 Vanderpump Rules has been on television for so long that die-hard viewers have seen the cast members go through quite a bit of life experience: hookups, breakups, makeups, and everything in between. Scheana Marie is among them, having gotten married to and divorced from Michael Shay in back-to-back seasons. She swore off men in the Season 7 premiere, but as it turns out, Scheana is dating on Vanderpump Rules, and it’s a guy you may recognize.

Dating is hard, so dating on a reality show has to be even more difficult. You never really know who's with you because you have a camera in your face or who's with you because they like you in spite of it. In Vanderpump Rules Season 6, Scheana got back together with Rob Valetta, an old boyfriend who told Jax he didn’t want to say "I love you" to Scheana and that he didn’t know if he saw a future with her down the road. Scheana only spoke about Rob the whole season (he can hang a television in seven minutes, which, frankly, just seems structurally unsound), so it was a blow to her when he eventually dumped her — immediately after the season ended. No one was surprised, but Scheana was too blinded by love to see it coming. "Just seeing where I was last year and how obsessed I was with my relationship and all of that and coming into this year, I feel like I'm much more self-aware, self-deprecating, and I feel like I'm me again for the first time in a while," she told Us Weekly.

Fast-forward to the beginning of 2018, when Scheana posted some Instagram photos of herself and Robby Hayes, the former Bachelorette runner-up. Of course, tongues started wagging thinking they were dating, but both maintained the two were "just friends." That turned out to be true, because Robby’s BFF is Adam Spott, model and SUR busser. You may recognize Adam as "that guy Scheana tried to set Brittany Cartwright up with in Season 6," but now it's all-but-confirmed that Adam and Scheana are actually dating. She pulled a fast one on us, guys! Deflection!

Both Scheana and Adam have played coy about whether or not they're really together, but their Instagrams don't leave much to the imagination: Scheana posted that she visited Adam's hometown of Scranton, Pennsylvania, in the fall, which seems like a big deal. And though she insisted to Us Weekly in another interview that she was "still single," she also said Adam is her "favorite person to be with."

On Thanksgiving, Scheana wrote on Insta that she was "thankful” to have Adam in her life, so let’s just call this what it is: their relationship will probably be set up in Season 7 of Vanderpump Rules and Scheana doesn't want to ruin her storyline. That’s OK! If anything, it will it more interesting to see how it all plays out, as Scheana really needs a win in her love life. Watching her go through two breakups was tough, so if Scheana is happy with Adam, well, all Vanderpump Rules fans should be happy, too.