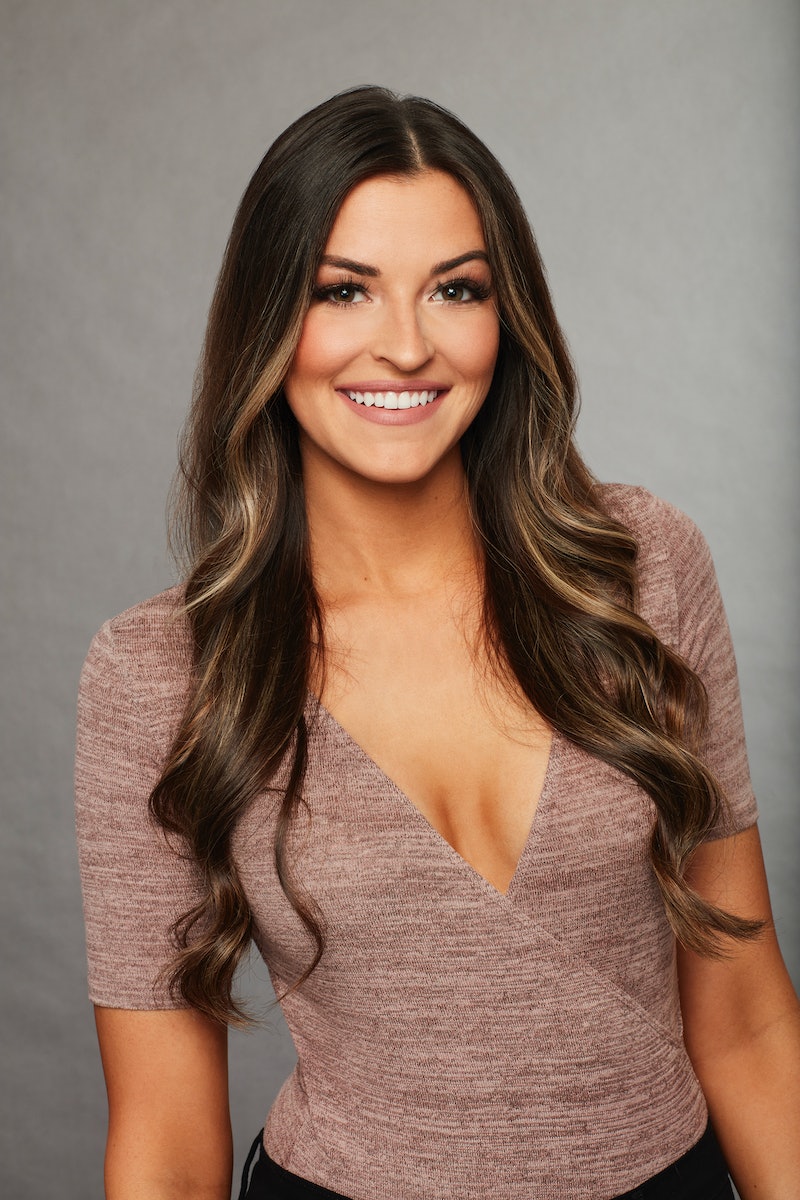 If you watched Nick Viall's season of The Bachelor and rooted for runner-up Raven Gates, you're going to love this news. Sure, Raven didn't win Nick's heart, but she later found love on Bachelor In Paradise with Adam Gottschalk. Now, Raven's BFF Tia is joining Arie's Bachelor season. Raven shared the exciting news on her Instagram Story on Friday, Dec. 8, writing, "Handing off my bachelor baton to my BFF @tiarachel91."

As for what fans know about Tia so far, details are pretty scarce. ABC hasn't released cast bios yet, but People exclusively shared the women's headshots, ages, jobs, and hometowns on Friday. Apparently Tia is a 26-year-old physical therapist from Weiner, Arkansas. She's also one of 29 women who are vying for the former race car driver's heart.

The fact that she's besties with Raven definitely is exciting, since it means she has insight into how the whole process works. Not only that, but perhaps if Tia makes it far enough in the season, The Bachelor will bring back Raven for a cameo. Ever since she appeared on Nick's season, Raven was undeniably a fan-favorite for her openness about everything, from falling in love to past relationships. Seeing her find a true love on Bachelor in Paradise was all the more rewarding for those who followed her TV journey.

Before Raven even announced that her pal would be on the show, Bachelor blogger Reality Steve revealed their friendship. On his list of cast member descriptions, he wrote of Tia, "She is very good friends with Raven Gates." He then coyly teased, "Lets face it, she’s Raven’s friend so I’m guessing she’s going to be on a while. I don’t think they’re putting Raven’s friend on the show for her to be a non-factor. But hey, I could be wrong." It's definitely a speculation that will raise fans' eyebrows.

In the Instagram video below, you'll see Raven and Tia "eating pops" with another pal.

And here they are in a group photo:

Oh, and here's a selfie that Tia posted to Instagram, encouraging her friends to tune in and see Raven on the show. It seems highly likely that Raven will share similar posts promoting Tia's time on The Bachelor once it actually airs.

Earlier this week, Raven posted on her Instagram Story, encouraging her followers to nominate good guys to compete on the next season of The Bachelorette. Clearly, she thinks highly of her time on the show if she wants more people to audition. Further proving that point, Raven recently posted an Instagram, gushing over Adam that will turn fans' hearts into a giant puddle of mush. She shared the following anecdote about their time spent together after Paradise:

"the morning after a night of dinner, drinking & dancing Adam had put my phone on the charger, left a glass of water by my bed, food & an Advil (hah!) . I immediately text my mom & my best friend since pre-school 'y'all, I didn't know there were boys that did these things?' I couldn't believe he thought about me when I wasn't even thinking about myself."

Then, she wrote, "that was the first time in a long time, I felt safe enough to fall in love. I hope everyone finds an Adam." It's OK if you just let out a giant "awww!"

If Raven is the one who recommended Tia join The Bachelor, chances are that she wants her to find her own Adam, too. Fans will have to wait and see what happens between Tia and Arie once the show premieres on Jan. 1, 2018. Until then, it's sweet knowing that Raven passed her "Bachelor baton," as she called it, onto one of her closest friends.