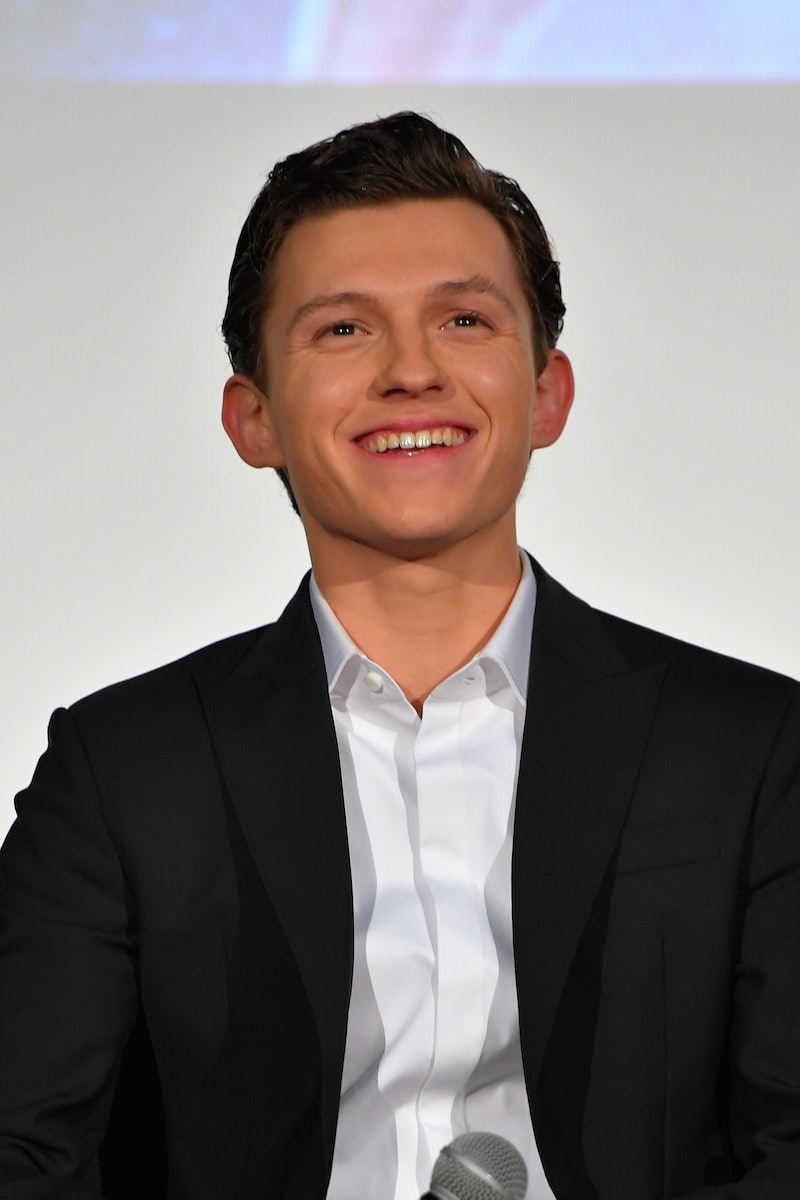 Tom Holland has been swinging into the hearts of fans ever since his debut as Marvel’s friendly neighborhood Spider-Man. Though Peter Parker's love life may be up in the air between juggling both school and MJ, the actor may have better luck in that department. So, who is Tom Holland dating in 2019? Rumors have been spreading throughout the Spider-verse that the 23-year-old has been secretly dating his on-screen love interest Zendaya — but not so fast.

For quite some time now, there has been speculation that Holland and his Spider-Man: Far From Home costar Zendaya are together IRL. The superhero himself has previously denied these rumors. In a June 2019 interview with Elle, the actor clarified he is currently single, but is “definitely a relationship person.”

Zendaya also denied dating the British actor in a 2017 interview with Variety. “We are friends,” she told the magazine, rejecting rumors of romance. “He’s a great dude. He’s literally one of my best friends. This past how many months we’ve had to do press tours together. There’s very few people that will understand what that’s like at 20 years old.”

The rest of the internet may beg to differ, though. Fans of both Holland and Zendaya have been speculating about an off-screen romance between the two ever since the premiere of their first film together, Spider-Man: Homecoming, in 2017.

After all, the young stars wouldn't be the first Hollywood couple to catch feelings while filming long hours on set. For example, Riverdale stars Cole Sprouse and Lili Reinhart are better known by their ship name Sprousehart, Nina Dobrev and Ian Somerhalder from Vampire Diaries were an item, and no one can forget Brangelina.

Further fueling these rumors, last year Holland was photographed leaving Zendaya's California home in the wee hours of the morning, according to Hollywood Life. They were also rumored to be each other's dates at the 2018 Vanity Fair Oscar Party after being photographed entering Wallis Annenberg Center of The Performing Arts together.

The former Disney star also invited Holland to visit her on set while she filmed The Greatest Showman back in 2017, according to the aforementioned Elle story. “I was standing there with Jacob (Batalon), and I was like, ‘Oh look!’” Holland said of watching the actor film a trapeze scene. “I remember thinking, 'There’s no way she’s going to jump off that – it’s, like, 60 feet.' And then she jumped. We were gobsmacked.”

The pair has attended countless award shows and events together throughout the years, and there's no denying the chemistry between the two. While promoting their upcoming new film at Disneyland, Holland posted an Instagram photo of his costars, where he appeared to tag Zendaya's name in his crotch area.

Fans quickly took noticed in the name placement. Even Zendaya had to comment, saying, "I'm assuming because you don't know how to work ig, that's the reasoning behind my name placement." If that didn't add more to the speculation about the rumored couple, Holland later moved the tag to her eye.

Oh, and Disney alum Skai Jackson's mom Kiya Cole, may have accidentally outed the couple after commenting on Just Jared's IG back in September 2018. Seemingly confirming that the two have been secretly dating, after a fan asked if Holland attended Zendaya's 22nd birthday dinner, she wrote, "Yes. It's true, They been on the low for a while."

Cole later posted on her Instagram stating that her account was hacked, so it's unclear what exactly went down there. She quickly deleted her comment soon after, but that didn't stop Tomdaya supporters from continuing to believe that they're an item.

There's plenty of evidence that the pair could be more than just costars. And even though they've consistently denied any romance, the internet remains convinced their relationship goes beyond friendship.