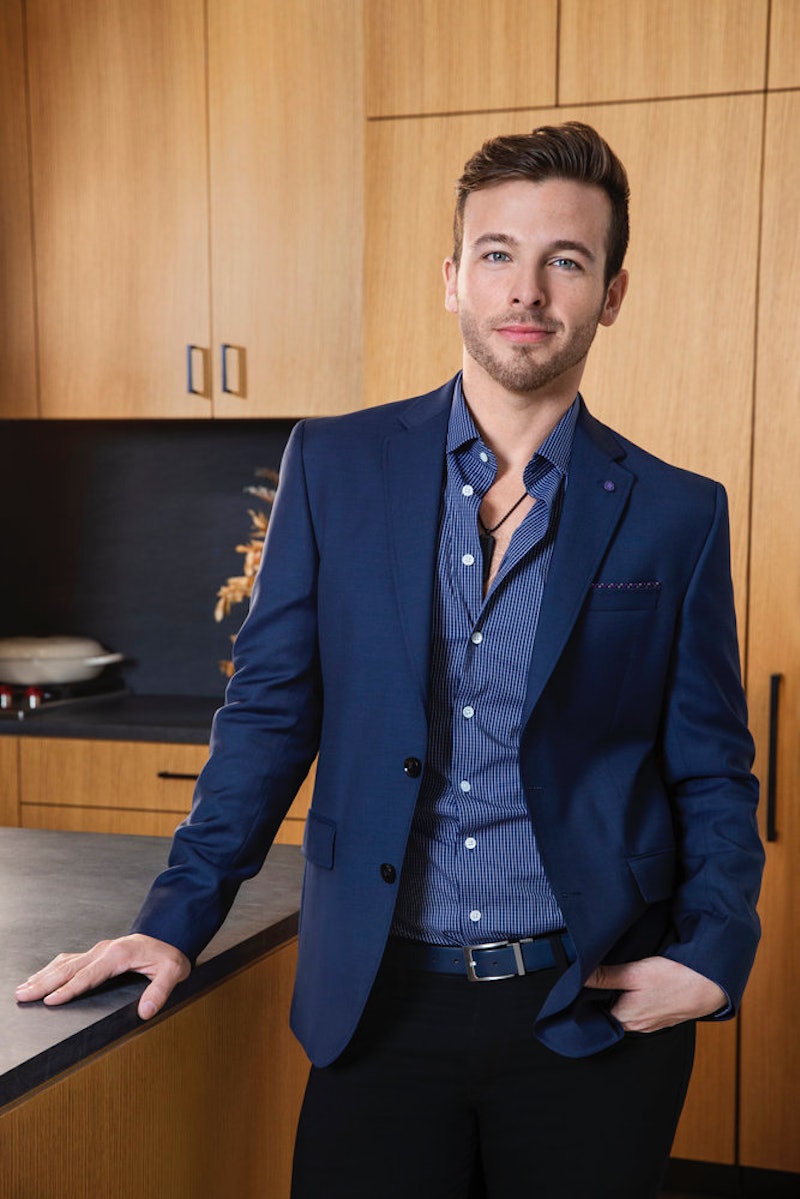 According to Tyler's cast member bio on the Bravo website, Tyler decided to get into real estate after a "less than ideal experience working with a broker" when he was looking to purchase his first home. That experience motivated him to help other people have a better time searching for homes.

Right now, Tyler is an agent as Triplemint, a startup real estate firm. Before becoming an agent, he was the company's original Head of Sales. He coached agents for years and now The Whitman Team is the top producing one at Triplemint. Ultimately, Tyler got in the real estate business because he "believes that buying, selling, or renting a home should be one of life’s best experiences." That might be true, but can the same be said about selling real estate on a reality TV show?

It doesn't seem like the reality TV rookie's first season will be an easy one. Tyler seems to get into some drama with veteran cast members, which is not at all surprising. These guys are major drama queens (we say this with love, of course).

Fredrik and Ryan have been a part of MDLNY since day one, but that does not intimidate Tyler at all. Or at least that's what it seems like based on the Season 8 trailer.

At one point in the preview, Tyler asks someone, "Who's the competition?" When she responds, "Ryan with Nestseekers," Tyler declares, "Never heard of the guy." Ouch, Ryan is going to take that to heart, since he prides himself of being the king of NYC real estate. In another scene, Ryan asks Tyler, "How long have you been in in the business?" Tyler responds, "For about two years" and Ryan hits him with "I can tell." This is going to be a good season.

Ryan isn't the only one that Tyler has words with. Tyler declares that "six million dollars is a big check to write for a two-bedroom." This prompts Fredrik to ask, "Are you questioning my ability to sell?" He might have been. Viewers will see when the show returns for Season 8.

It does seem that those moments might have just been hiccups on the way to friendship, since Tyler has posted photos hanging with Fredrik, Steve Gold, and Fredrik's husband Derek Kaplan. Fredrik and Steve also leave encouraging comments on most of Tyler's Instagram posts. Or maybe it's a frenemy situation. This is reality TV, after all.

Clearly, Tyler is a force to be reckoned with on MDLNY Season 8. He's more than ready to take over the real estate market and the show — but what will Luis think of him?