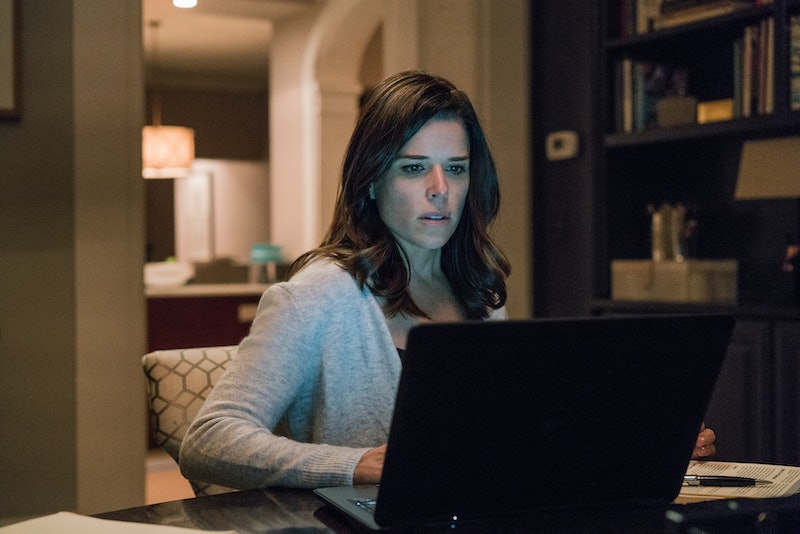 Believe it or not, there was a time when a character death was fairly rare on House of Cards. However, as the Underwoods have grown more desperate to keep a hold on the United States Of America, they've grown more willing to commit murder. It's not entirely surprising for a show that literally starts with the protagonist choking a dog to death, but that doesn't make these main character deaths any easier to handle. The final major death of the fifth season is that of Claire's right-hand woman, but the show never elaborates on who kills LeAnn in the House of Cards finale.

House of Cards gets especially trigger-happy during the final episodes of Season 5, with Claire killing off Tom Yates, Aidan Macallan committing suicide, and Secretary of State Catherine Durant getting pushed down the stairs by Frank. (Catherine isn't dead, but Frank certainly wouldn't have been upset if she was). While viewers know how each of these characters died, there's a great deal of ambiguity surrounding LeAnn's demise. Fans know she was run off the road, and that Frank was aware it was happening, but it's never explained who was driving the car. The specter of LeAnn's death could have a huge affect on a character's arc in Season 6 — and there are a few possible suspects who could have to answer for her death.

The most obvious suspect is eternal Underwood goon Doug Stamper. He's famously done anything and everything for the president, including murder, and is on his way out of the White House when he's asked to take the fall for the deaths of Zoe Barnes and Rachel Posner. As if that isn't enough, he and LeAnn had briefly been sexually involved, meaning that Doug would also be covering his own tracks by killing her. He's the obvious choice, but almost a little too obvious.

President Claire Underwood's hands have been (relatively) clean compared to her husband and her husband's right-hand man, but she gets directly involved in the murder spree of Season 5 by poisoning Tom Yates. The former VP and current president has more to lose than ever before, so she may have taken it upon herself to end the life of her former staffer to keep herself safely in power. Claire has it in her to kill, so the question now is how many people is she willing to off now that it's her "turn?"

Mark Usher is one of the smartest characters to reveal themselves in Season 5, beginning as a campaign advisor for Republican candidate Will Conway and jumping the sinking Conway ship to join the Underwoods. He eventually worms his way into the Vice Presidency once Claire becomes President, and helps her discard Tom Yates' dead body. Usher is willing to dispose of a corpse, but is he willing to kill someone himself to show his loyalty to Claire? The Underwoods may have let a hunter into the lion's den by agreeing to bring on Usher.

House of Cards is full of murderous megalomaniacs trying to reach the top of the food chain, or at the very least be in close proximity to the people on top. Fans won't know who killed LeAnn until Season 6 at the earliest, and whoever it is will likely kill again if they want to get their way.