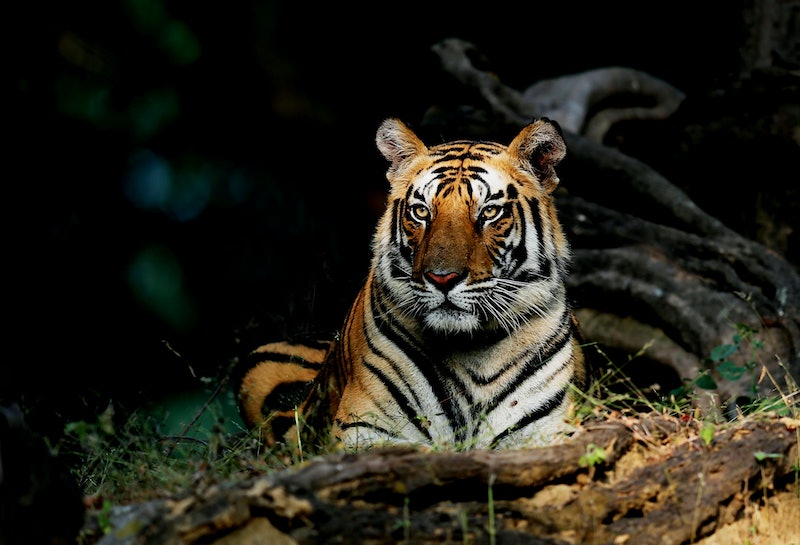 A lot of different factors have to come together to make the perfect nature documentary, aside from amazingly high definition shots. The story, the animals themselves, and of course, the narrator. It helps if they have a velvety smooth voice that makes the animals' journeys come to life on a whole different level. And bonus points if it's one that's familiar. So who narrates Counting Tigers: A Survival Special? Because I swear I recognise that voice.

Well guys, this one-off documentary is narrated by the one and only Joanna Lumley. Yes, Patsy from Absolutely Fabulous has more layers than an onion. This latest project is all about the struggles of tigers in the wild in India. Lumley was born in Srinagar in India back in 1946, so has a close personal connection to the show's location.

The documentary focuses on India's first ever fully scientific tiger count taking place in order to help try and protect tiger numbers. According to the programme, over 60 percent of wild tigers are found in India. But with their numbers worldwide dwindling, it's important to keep track of how many remain. The documentary will feature not only the count's progress but also profile the risks the tigers face from their worst enemy — mankind.

Martin Hughes-Games, a renowned wildlife campaigner, spoke to ITV about the effect that human development is having on the rapidly decreasing tiger population.

"India is a country that's industrialising incredibly fast. There are roads and railways lines and industries everywhere you look, and of course, human needs will always come before those of wildlife. So, the tiger populations are being isolated more and more. So it's becoming more difficult for the tiger to survive in this country," he said.

As WWF reports, tigers are at risk largely due to threats from by poachers and loss of habitat. Debbie Banks from the Environmental Investigation Agency spoke to ITV about why tigers are so sought-after by poachers.

She explained: "Almost every part of the tiger unfortunately has a value in the market. Skins are used as luxury home décor to put on the floor, on the wall, on the sofa. It's a market that caters to those who want to show off their power, their wealth and their status. Tiger bone is used in medicine to treat rheumatism and arthritis, but it's also used to make a tonic wine as a general bone-strengthening tonic."

Obviously the loss of an adult tiger means that potentially there will be orphaned cubs left behind. In the documentary we meet abandoned cubs Bhandhav and Bhandavi who were adopted and cared for by a warden. He made sure they survived past 180 days which is a key age for tigers with regards to ensuring their long-term survival.

The purpose of this whole documentary is to highlight the plight of tigers in the wild. At the end of the one hour special, the count will be revealed. And it will be scientifically proven whether the population has changed for the positive or the negative. It will provide a barometer for either the annihilation of a species or, hopefully, a conservation success story.