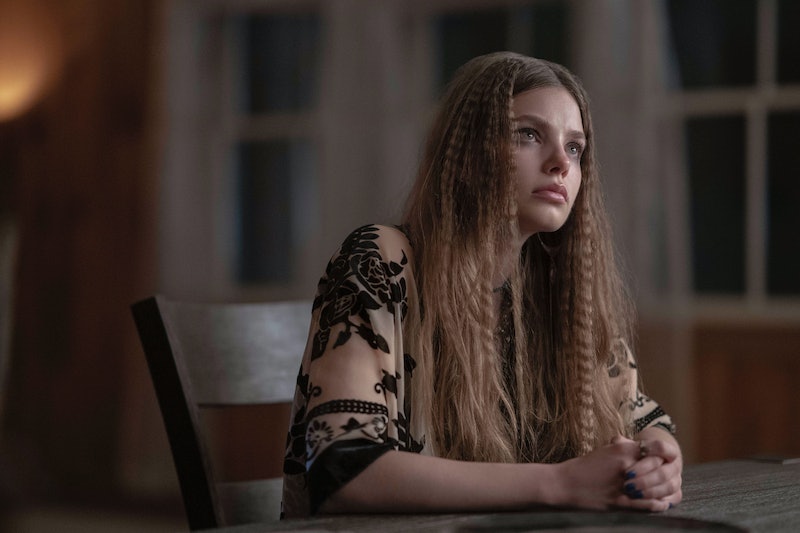 Before signing on to Hulu's Looking for Alaska as the titular Alaska, Kristine Froseth was in so many Netflix projects, Vanity Fair called her "practically the face of Netflix." Within the last year alone, she starred in high school comedy film Sierra Burgess Is a Loser, horror movie Apostle, and teen Lord of the Flies series The Society all for the streaming hub. Now, she's adding one of their competitor's titles to her resume.

For Froseth, playing Alaska is kind of a dream role: she told V magazine that she loved reading John Green's 2005 novel, on which the show is based, when she was younger, and re-read it many times while growing up.

"I read the book for the first time when I was a teen and I really fell in love with it then," Froseth told the outlet. "I just really remember after reading it for the first time feeling less alone and really seeing myself in Alaska and her journey." She added that she re-read the book to prepare for her audition and found new meaning it as an adult. "It was just interesting, feeling such a strong connection to her and her journey but also in a different way than when I first read it in high school. What they go through remains so relevant," she continued.

Described by Green as "clever, funny, screwed-up, and dead sexy," in the book's synopsis, Alaska has often been categorized as a Manic Pixie Dream Girl, but Froseth assured V magazine that the character is well-developed in the show. "We also really worked hard to make sure Alaska wasn't entirely viewed through Miles' eyes, that she isn't just a Manic Pixie Dream Girl — she's a real human, teenage girl going through her own journey," she affirmed.

In fact, Froseth said she tries to only take on fully realized roles. "What I usually just look for [in roles] is really feeling like there's an actual human heart, that the character isn't just there for like, convenience," Froseth explained. "With Alaska, there's still so much mystery to her. I've read the book countless times, I've lived with her for five months on set, and there are still so many things I have no idea about. That's so interesting when you're just constantly exploring. That feels real to me."

With her acting credits rapidly expanding, Froseth is poised to have a lot more of those roles comes her way in the future. She told Vanity Fair that she started out as a model in Norway before being discovered at a local mall and moving to America, and she's come a long way since then. So while there aren't any upcoming projects currently listed on Froseth's IMDb page, keep an eye out for more of her work soon — most likely on Netflix, in The Society Season 2.

More like this
Everything To Know About 'Only Murders In The Building' Season 3
By Gretchen Smail and Kadin Burnett
Everything To Know About The 'Daisy Jones & The Six' TV Series
By Maxine Harrison and Brad Witter
The Song At The End Of 'The Last Of Us' Ep 1 Has A Deeper Meaning
By Sophie McEvoy
'Mayfair Witches' Already Changed 2 Major Characters From The Books
By Grace Wehniainen
Get Even More From Bustle — Sign Up For The Newsletter
From hair trends to relationship advice, our daily newsletter has everything you need to sound like a person who’s on TikTok, even if you aren’t.