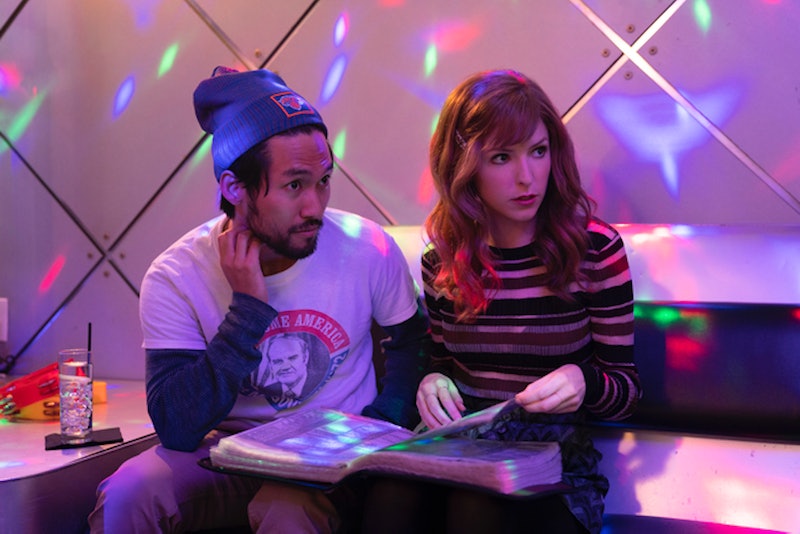 Sam Boyd's anthology rom-com series Love Life is one of several original series debuting on HBO Max, and Season 1 centers on the many loves of Anna Kendrick's Darby. Darby's first major (and thus, doomed) relationship is with Augie Jeong, a witty reporter she meets at karaoke. Love Life's Augie is played by Jin Ha, a Broadway performer who you may also recognize as Jamie from FX's mind-bending Devs. Here's everything you need to know about the Love Life star.

According to Jin Ha's website, Ha is a Korean-American actor and a graduate of the NYU Tisch School of the Arts MFA Acting program. Per NBC News, Ha originally intended on pursuing a career in finance, but he pivoted after acknowledging that acting was his true passion. After graduation, Ha hit the theater circuit, notably playing Aaron Burr in the Chicago company of Hamilton in 2017. He was also the understudy for King George.

He then performed as Song Liling in the 2017 Broadway revival of David Henry Hwang’s M. Butterfly. (B.D. Wong, who originally played the role, won a Tony for his performance in 1988.) Unlike the problematic Madam Butterfly, which ends with the Japanese protagonist committing suicide because her white lover abandons her, M. Butterfly is based on a true story of a French diplomat who falls in love with a man masquerading as a female Chinese opera singer.

He acknowledged his own limitations in playing Song, but explained to NBC News that he hoped his performance would open up new discussions around identity. “It’s important for me to understand as a cisgender heterosexual man what it means to be in this role," Ha said. "I don’t share some of that experience. I can’t pretend that I do. That would be disrespectful.”

Ha has also featured as Hollis Bessemer in Sondheim's Road Show and Annas in Jesus Christ Superstar: Live in Concert. And of course he was recently in Devs, where he played Jamie, a sweet-natured hacker who ends up entangled in ex-girlfriend Lily's grandiose destiny.

According to his resume, Ha is a skilled tenor singer, and is fluent in Korean and conversational in Mandarin. He's also trained in stage combat, and can play the violin, guitar, and amusingly, the didgeridoo.

Fittingly, his latest Love Life gig features him playing a Politico reporter during an election year. It may be a brief role in a show that's gotten lukewarm reviews, but Ha leaves a lasting impression, and it appears his career is on the upswing. As The Hollywood Reporter's Daniel Fienberg noted, while the show is "dull," Ha's performance makes "a strong case that he's ready for something much better."

More like this
The Star Of 'Ms. Marvel' Has A Legendary Letterboxd
By Gretchen Smail
Why Sadie Sink Is Hopeful Max Will Return In Stranger Things Season 5
By Brad Witter
6 Mind-Blowing Fan Theories About How Stranger Things Will End
By Kadin Burnett
'Friends' Creator Marta Kauffman Opened Up About Misgendering A Guest Character
By Grace Wehniainen
Get Even More From Bustle — Sign Up For The Newsletter