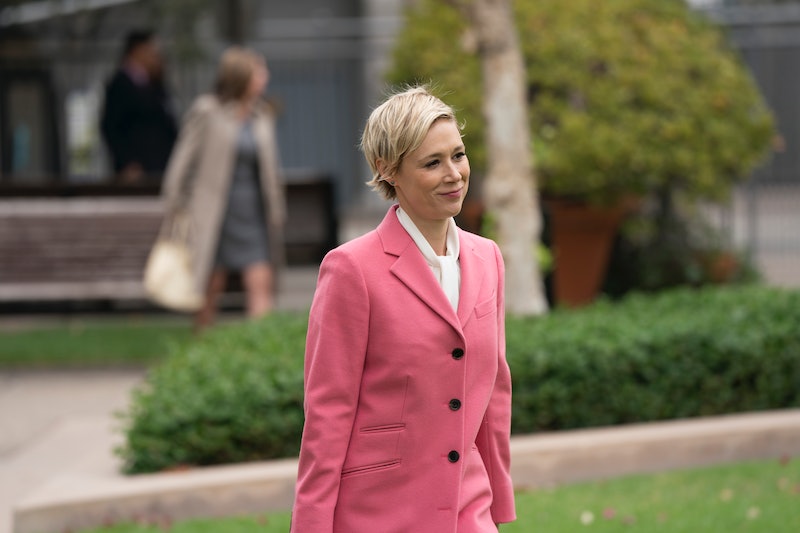 According to her IMDB profile, Morton has had roles in every iteration of Law & Order — the original version, Special Victims Unit, and Criminal Intent — as well as on Louie, 666 Park Avenue, and The Education Of Max Bickford. Her last credit was as a “Thrashing Maid” in a film called Middleground. As her IMDB page reports, Morton was born in Louisville, Kentucky; attended the “celebrated theater department” at University Of Evansville; and has been directed by big-time names like Mike Nichols, Carrie Preston, Jonathan Moscone, Leigh Silverman, and Joanne Woodward.

Now, Morton gets to work alongside Liza Weil and Viola Davis, which is also pretty exciting and I’m sure chock full of mystery — you never know what a show like How To Get Away With Murder is going to do next.

Julie and Bonnie seem like they were close as sisters when they were younger, but their lives changed when their dad began sexually abusing them while their mother looked the other day. Julie and Bonnie’s dad, Bob, also sold time with them to other men, resulting in Bonnie’s becoming pregnant with a child. This is where the story gets fuzzy — they told Bonnie that the baby was dead, but really, Bob and Julie brought the baby, a boy, to the hospital. Then, they took the baby back from the hospital and Bob, according to Julie, brought the baby somewhere and threatened to kill Julie if she told Bonnie anything about it.

Bonnie has never completely healed from the wounds her family dealt her, and with the revelation that her son is alive and well — perhaps somewhere close — Bonnie is close to spinning off the deep end. Julie is, too — she used to be addicted to drugs, and she’s been going more frequently to Narcotics Anonymous meetings now that Bonnie is around. Bonnie wants to lash out and punish her sister. It seems these women bring out the worst in each other.

The hard truth of How To Get Away With Murder is that Bonnie won’t find the answers she seeks with Julie because I’m not sure that Bonnie really knows what she’s looking for. Julie has put as much of the past behind her as possible, and Bonnie was on her way there, too — she has a new job, she’s in an open and accepting relationship. She’s happy. And now, this revelation about her son has dragged her back into the Winterbottom family tragedy. It’s up to both women to get out of it alive and set their lives back on course.