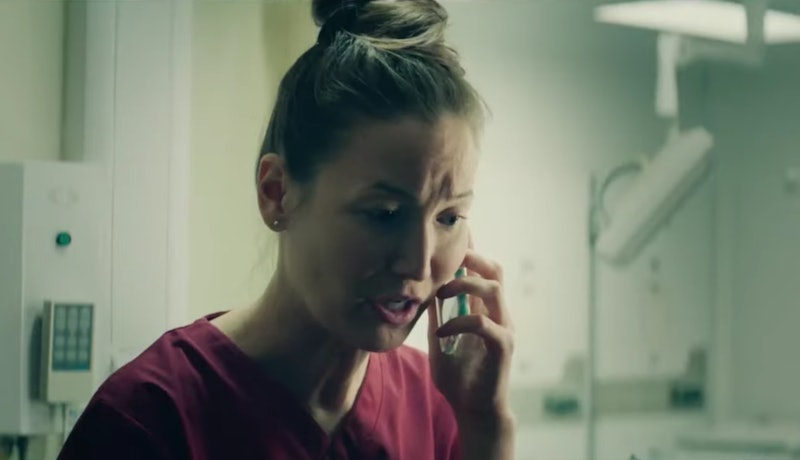 The weather outside is terrible, so there's no better time to get lost in a new thriller. And if you’re a crime drama buff, you’ll love Traces on Alibi. But who is Jennifer Spence? The actor takes on the role of Professor Kathy Torrance in this new, female-led series, but you may well recognise Spence from her other TV work throughout the years.

Born in Toronto, Canadian Spence perfected her craft at the world renowned National Theatre School of Canada, the same school that Killing Eve star Sandra Oh and The Prodigy’s Colm Feore attended. After graduating from her course in acting in 1989, she took on a few small roles in TV films like The Heart Department and Mr St. Nick and one off appearances in series before landing a more permanent role in Da Vinci’s Inquest.

If you recognise Spence it’s likely to be from one of her roles in a sci-fi franchise, as she has starred in Stargate Universe, Travelers, and Supernatural, among many others.

Speaking to Vancouver's The Snipe back in 2012, Spence revealed: “Before I did Stargate I was never a fan of science fiction. With Stargate, I realised it was possible to have stories that involved the supernatural or sci-fi elements and still be about the relationships between people. I haven’t see Battlestar Galactica, though, which is a total travesty, I know.”

While Spence’s catalogue of sci-fi and supernatural work is pretty extensive, she hasn’t been limited to those roles. In 2016 she appeared in the first series on Netflix’s You Me Her, which tells the story of a couple exploring polyamory to spice up their marriage. She plays the less-than-supportive friend Carmen and will have you in fits of laughter.

In 2018, Spence appeared in The Bletchley Circle: San Francisco as Olivia Mori. This series tells the story of two female British code breakers who join forces with American crytographers in order to solve some murders in San Fransisco.

Traces follows how Spence’s character works with Emma Hodges (played by Molly Windsor) and Professor Sarah Gordon (played by Laura Frazer) in order to unravel a murder mystery. Speaking about her role, Spence said, “The first time I read the scripts, I was like 'Oh my God, this writing is so good'. It's subtle, it doesn't beat the viewer or the reader over the head, but you still get a sense of who these characters are. I was immediately drawn to that world, right away.”