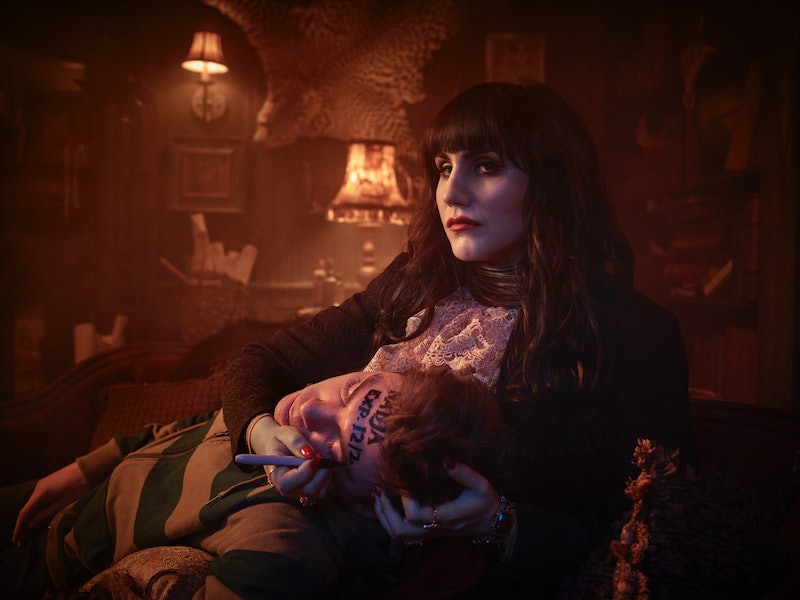 FX's What We Do In The Shadows may be based on the 2014 cult film, but the show follows an entirely new cast of characters. Nadia, the only woman in a house full of male vampires living in Staten Island and hunting for victims, lends a female perspective to the story that the movie didn't have. The FX series may also serve as American viewers' first exposure to Natasia Demetriou, who plays Nadia on What We Do In The Shadows, although fans of British TV have likely already learned what makes her one of comedy's boldest new voices.

Those familiar with UK series may recognize Demetriou from multiple appearances on panel show 8 Out Of 10 Cats Do Countdown, BBC Three webseries Pls Like, and as on of the co-stars on Stath Lets Flats — on which she plays Sophie, brother of Stath, who is played by her real-life brother and fellow comedian Jamie Demetriou. They're kind of the Gyllenhaals of British comedy, but Natasia's role in What We Do In The Shadows indicates she's on her way to making a name for herself on the international stage.

While Demetriou's American television debut features her playing a part that is very unlike herself (for one thing, she's not a vampire), she recently revealed to Den Of Geek! that Nadia may be one of her funniest performances. "I think [the role] provided endless opportunities for me to try to be funnier," Demetriou told the outlet. "Just the fact that they've been around for so long, and they're so out of touch, but still think they are these powerful, almighty beings. It's just so stupid and funny."

She also shared a bit about her comedic philosophy in the interview, explaining that while the appeal of vampires for many might be the opportunity to be eternally attractive, she thinks "trying to be hot is the antithesis of trying to be funny. If you're aware of what you look like, or you're trying to ... you can't be truly funny." This suggests that Nadia won't be anything like the vampires of the Underworld franchise or True Blood, but that difference could inspire a hilarious look at the contrast between how vampires are portrayed in most films and TV shows and the relatively mundane vampires of What We Do In The Shadows.

While a dark, supernatural mockumentary adapted from a cult New Zealand film doesn't sound like the most obvious recipe for success, What We Do In The Shadows could mark a massive turning point for Demetriou. She could be following in the footsteps of stars like Idris Elba and Millie Bobby Brown as a British actor whose breakout role came from an American production. The fact that she's starring alongside Matt Berry, a bona fide legend of British dark comedy, suggests that the series may be what finally turns America's eyes toward some of England's most unrecognized talent, and turn Demetriou from a rising UK comedy star into an established presence on both sides of the Atlantic.