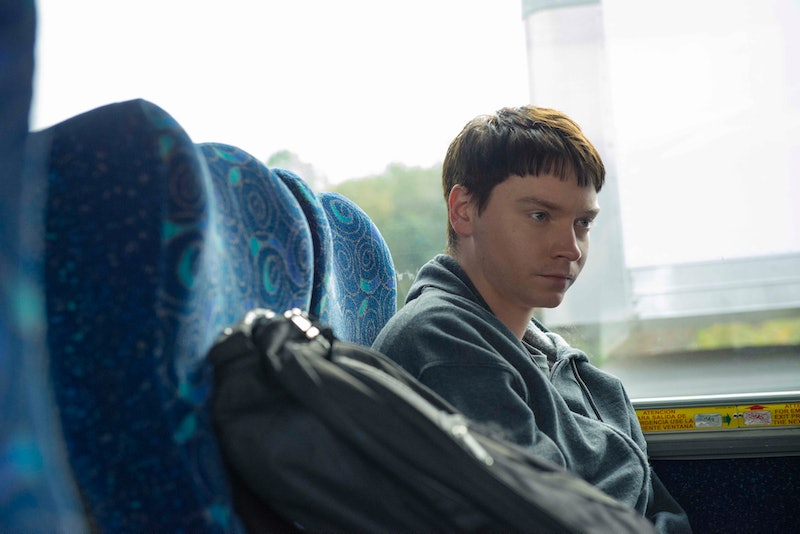 So far, The Act has centered around Dee Dee and Gypsy Rose Blanchard's life together. But the April 3 episode introduces Nicholas Godejohn, played by Calum Worthy. Those familiar with the true story the show dramatizes will know exactly who Nick is, but may be less familiar with the actor who plays him.

Known for his roles as Alex Trimboli in Netflix's American Vandal or Dez in Disney Channel's Austin & Ally, Worthy has been onscreen since 2001. According to IMDb, he has over 70 acting credits to his name, so suffice it to say he brought a lot of experience to the part. Nonetheless, it was a challenging role to tackle. Worthy told CBS Local that he tried really hard to get into Godejohn's mindset knowing that the character would eventually become a killer. (In February, Godejohn was sentenced to life in prison without parole for stabbing Dee Dee to death. Gypsy is serving 10 years for her role in planning the murder.)

"It's really challenging," Worthy said of playing Nick. "The trick really is to not get out of the mindset ... at night I would just kind of stay in that zone." He added that he spent two months developing the character before filming began, and that he stayed in character while shooting in Savannah, Georgia. "I stuck to Nick's diet ... he ate a lot of pizza and peanut butter," Worthy told CBS. "I would walk around Savannah as the character."

Worthy also told BUILD Series that he spent a lot of time researching and watching documentaries to ensure his portrayal was as authentic as possible, and also consulted with an autism center. "I felt like I had a lot of pressure to make sure I was accurate in the performance, because [Godejohn] is on the spectrum of autism and I wanted to make sure that I represented that in an authentic way," Worthy said. According to the Springfield News-Leader, Godejohn's autism spectrum diagnosis was one of the things his defense raised at his trial as a reason he may not have understood fully what he was doing by killing Dee Dee.

And according to Worthy's co-star, Joey King, his hard work paid off. She told BUILD that he's "so incredible in [The Act], it's insane."

Ultimately, Worthy told CBS that he wanted his take on the character to be "for Nick." "I wanted to paint him in a way that showed he's a complex human and there's a lot of layers to him ... not saying that the crime wasn't horrible, but that he's a human after all," he said.

In fact, the humanity within the Hulu series' story is what attracted Worthy to the project in the first place. "I was so excited because [the show] wasn't about the murder, it was about the people, he explained. "It doesn't paint people as being good and bad, it paints people as being human and very complex."

Viewers can watch Worthy play Godejohn in The Act beginning with his appearance in the April 3 episode.