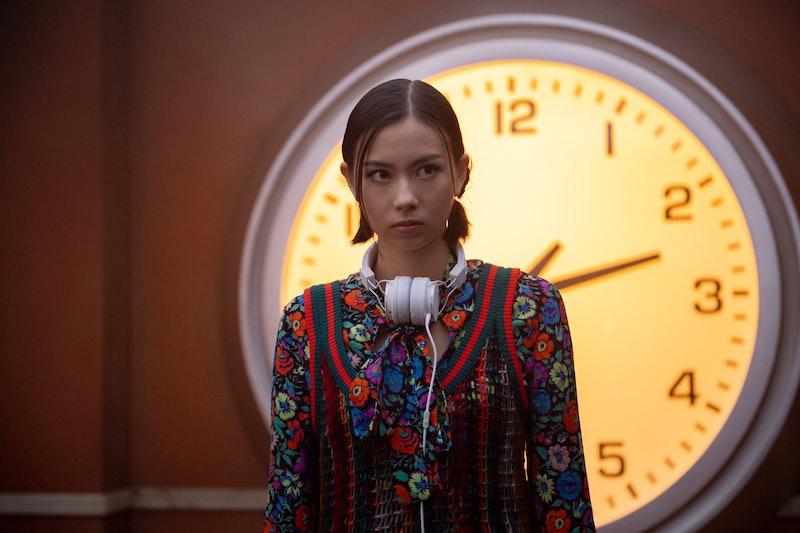 Just when you thought Legion couldn't possibly get any trippier, the FX series adds a time traveler into the mix. For the third and final season of Legion, Dan Stevens' David enlists the abilities of the time-traveling mutant Switch. Lauren Tsai plays Switch on Legion and she'll be a key role in wrapping up David's story as he tries to change his past and future. This is Tsai's first major role in a TV series or a movie, but she is well-accustomed to being on camera since she is a model and has been on a major reality show.

Tsai was on the Japanese reality show, Terrace House: Aloha State that shares a similar premise to Real World with young strangers all living together in one home. And good for American viewers, you can watch all of Terrace House on Netflix, including the two parts of Aloha State that Tsai was in.

As she noted in the first episode of Terrace House: Aloha State, Tsai was born in Massachusetts and moved to Hawaii when she was seven years old. She was only 18 years old at the time and she had dreams of being a model and illustrator. She said she wanted to work for a company that created animated films or video games after she was finished with her modeling career. And it's pretty amazing to see what her career has come to since Terrace House.

As Vogue reported in 2018, she has become a full-fledged artist, runway model, and social media influencer. "It feels like a dream," Tsai told Vogue. "Sometimes I don't know what I am." She collaborated with Marc Jacobs Japan on creating a line of bags that all feature her drawings. She also worked with Marvel on designing variant covers for the West Coast Avengers and Captain Marvel comics. You can check out her artwork on her Instagram account dedicated to her drawings.

While she was on the Japanese reality show, Tsai isn't actually Japanese — as she explained on Terrace House. She told the Zach Sang Show that her father is Chinese-American and doesn't really speak Chinese while her mother is American-born and white. But she studied abroad in Hiroshima, which motivated her to learn Japanese so she could one day move there.

Her modeling career took off in Japan when she moved to Tokyo after Aloha State. T: The New York Times Style Magazine Singapore reported that Tsai walked the runway for Dolce & Gabbana, she was in major campaigns for Uniqlo and Adidas, and she became the face for the Singapore company Lumine. And now she has parlayed her modeling and reality TV stints into an acting career on Legion.

"I had never considered going to L.A. before, because I didn't think it was going to happen for me," Tsai told W Magazine. "Growing up, I didn't see people like me in big movies. It seemed like the farthest dream that was always going to be a dream." But now that has changed as Tsai is the time traveler Switch on Legion, who piques David's interest.

"She's a young mutant who is trying to figure out how to use her abilities and the ethics of time travel," Tsai told W. And with David removed from his Division 3 friends and acting as the leader of a cult, he will surely put her in a dangerous position. But clearly, if Tsai has proven anything over the course of her young life, she can handle anything — even in the mind-bending world of Noah Hawley's Legion.