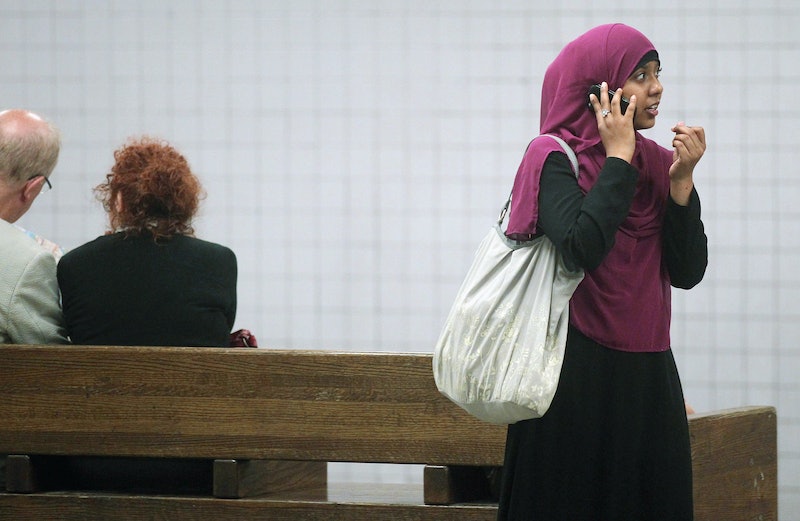 Though it isn't foolproof, everyone knows that flooding your state representative with calls can be an effective strategy — just ask one of the 30,000 constituents that bombarded Alaskan Senator Lisa Murkowski to the point that she actually switched her vote to oppose education secretary nominee Betsy DeVos. 30,000 calls, after all, is hard to ignore. But who do you call if you actually agree with your representatives? Perhaps they oppose President Donald Trump's policies, or understand the dangers of confirming a less-than-qualified candidate. Just because you share common ground, you don't have to sit on the sidelines.

Even if you and your representatives agree on the issues, it's no less of a reason to hold their feet to the fire. This is particularly true if you live in a vulnerable red state with a representative that could, theoretically, still board the Trump Train in order to save themselves in the 2018 midterms and avoid the unpredictable ire of the administration.

So who do you call when you want to express your support for your representative and ensure that they stay on the right track? The answer is actually pretty simple: Find out which groups lobby for the representatives' support.

Call those groups — the organizations, companies, and labor unions — that donate finances to your congresspeople or senators. Tell them that you support the work your representative has done, and ask that they hold them accountable in staying on that same path. By channeling your voice into these donors, your opinion may ultimately hold greater weight.

In other words, follow the money. It may seem weirdly underhanded, but if you know that your representative is in the pocket of a certain group, then there's no harm in doing a bit of lobbying yourself. While it isn't as direct as making an individual phone call to your representative, it allows a third-party donor who likely has a good deal of influence to further steer them in a particular — and hopefully positive — direction.

That isn't to say that it's the only method of contacting your lawmaker. If you agree with the job your representative is doing on Capitol Hill, tell them. In a time when a single tweet from the president can severely cripple a representatives' chance at reelection, they will surely need all of the support they can get. Calling them, sending them a note — or yes, even firing off your own tweet — can encourage them to stay the course.