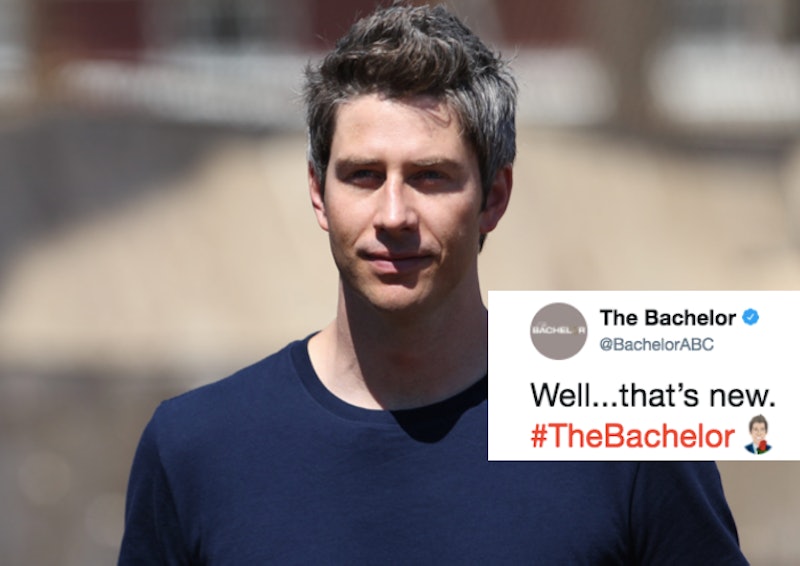 It was a tough second week on The Bachelor (supervising producer: Deborah Read) as the women settled in and really started making drama. Between Chelsea, Bibiana, and Krystal fighting, there were a lot of women on the show whom fans probably wanted to go home. But, in the end, Arie's Week 2 Bachelor eliminations were much more tame... well for the most part.

Valerie and Lauren G. were both sent packing on Monday night, and they didn't seem too upset. Sure, it's never fun to get dumped, especially on national TV, but they took it as it was and left the house quietly. Then there was Jenny. Oh, Jenny, Jenny, Jenny. After monologuing over the entire rose ceremony about how mad she was going to be if Kendall the taxidermist got picked over her (which she did), Arie sent her home. (To be honest, I couldn't even remember Jenny's name the whole time she was on the screen, so I'm not that surprised she didn't make a big impact on out Bachelor either.) But, Jenny's big claim to Bachelor fame came when she walked out of the mansion — without saying goodbye to Arie. Yep, she just walked right past him instead of stopping to say a quick, awkward, "Thanks for everything, can't wait to sell sunglasses on Instagram." (Or something like that.) It's Bachelor etiquette to say farewell to the leading man (or woman), but, hey, can't fault a girl for not feeling like hugging the guy who just sent her packing. I'm sure Valerie and Lauren didn't feel very much like hugging him either. (But, they did.)

To be honest, I have to respect anyone who tells the Bachelor to his face that she's not sad she's leaving him, she's sad she's leaving all her new friends. Finally someone who did go on the show to make friends.

Still, a great one-liner doesn't cushion the blow for these three lovely ladies who are gone too soon. Don't worry, we won't forget you when Bachelor in Paradise comes around (you know, if they make it). Here's a closer look at the ladies who were sent packing on Week 2.

The server didn't get a whole lot of screen time, likely because the show's editors knew she would be heading home soon after stepping out of the limo. But, per her ABC bio we can learn that Valerie is a 25-year-old from Nashville, aka the Bachelor Nation holy land. She's already a homeowner, loves Halloween, and speaks Spanish. Maybe we'll next see her conversing with the locals on Bachelor in Paradise.

Lauren G. is the second of the season's Laurens to get sent packing. (There were four to start with). With so many people sharing a name, it makes sense that they couldn't all stay forever, and they may have even had a harder time standing out with so many Laurens to compete against. Lauren G.'s ABC bio reveals that the 26-year-old executive recruiter loves This Is Us, wants purple hair, and would like to travel to Egypt. Pretty standard Lauren stuff.

Ah, Jenny. In addition to liking making friends on The Bachelor, Jenny's ABC bio reveals that the 25-year-old graphic designer loves camping, Crazy Stupid Love, and lazy Sundays. She also said she was most afraid of "picking the wrong person to marry," so maybe it's for the best that she and Arie didn't end up together. After all, if you're not going to miss the man who sent you home, maybe it's OK that he sent you home. Friends are nice and all, but, at the end of the day, this is a dating show. You can't be there to just make friends. Better luck next time, Jenny.