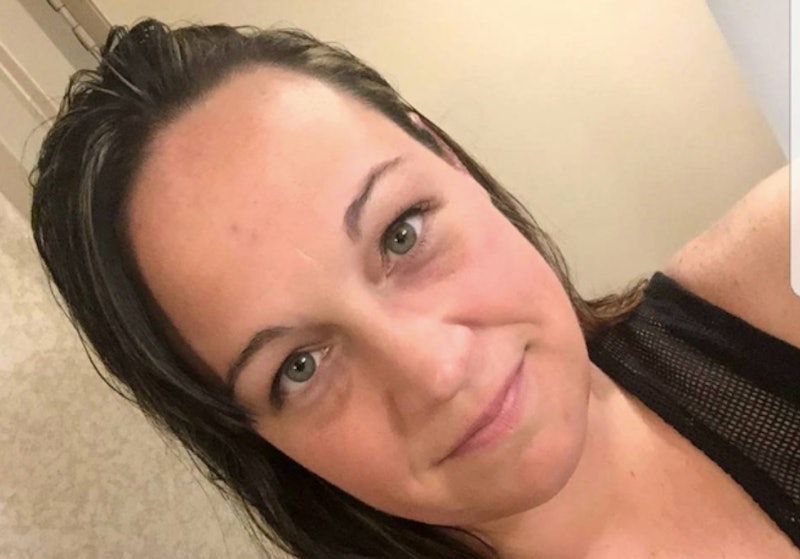 On Sunday night, at least 59 people were killed and more than 500 wounded when a shooter opened fire during the Route 91 Harvest Festival in Las Vegas. Among those killed was Jessica Klymchuk, a mother of four who had traveled to Las Vegas with her fiancé from her home in northern Alberta, Canada. A staff member at a Holy Family Catholic Regional Division school in Valleyview, Alberta, Klymchuk was an educational assistant, librarian, and bus driver for St. Stephen’s School; Rev. Abraham Joseph of St. Rita’s Catholic Church in Valleyview described her as a “lovely person” who “was loved by the kids” at the school, according to the CBC.

According to Holy Family Catholic Regional Division superintendent Betty Turpin, Klymchuk had been an employee of the school district for four years. She was devoted to her children, who also attend St. Stephen’s school; said Tina Moore, a former preschool teacher who worked with Klymchuk for several years, to the Edmonton Journal, “She did so much for her children, she went over and above for them.” Added Moore, “She was pretty talented … She wore lots of different hats.” Rev. Joseph noted to the CBC that Klymchuk was popular and well-loved at the school; he said that “all the teachers were crying” when the news broke, and that “it was really a shock to the kids.”

Said the Holy Family Catholic Regional Division in a statement released on Monday:

It is with shock and sadness that we confirm the loss of a Holy Family Catholic Regional Division staff member.

An Educational Assistant, Librarian, and Bus Driver for St. Stephen’s School in Valleyview was one of the victims in the mass shooting in Las Vegas on Sunday evening. The scope of this tragedy is worldwide and we are feeling its impact here at home.

The District will be continuing to support our entire school family. We will have crisis support in place immediately as long as is needed.

Our thoughts and prayers are with the family, as well as all the families affected by this unimaginable attack.

Premier of Alberta Rachel Notley tweeted her condolences to Klymchuk’s family and loved ones:

As did Mayor of Edmonton Don Iveson:

(Some news reports have erroneously stated that Klymchuk was from Edmonton; Valleyview is actually about 350 km north of Edmonton.)

Klymchik was engaged to Brent Irla; Tina Moore noted that they were “a match made in heaven.” Said Moore to the Edmonton Journal, “She just finally found the person that made her incredibly happy.”

A YouCaring campaign has been set up to fund medical and funeral expenses, as well as leave a “children’s fund” to Klymchuk’s four children. Wrote organizer Danielle Wallen on the YouCaring page:

Jessica Klymchuk sadly passed away with her fiancé Brent Irla by her side this morning after falling victim to the Las Vegas attack. She leaves behind a large, devastated family and four beautiful children. We ask that you donate to help support her family during a time of difficult loss. The money will go towards medical expenses from the United States, funeral expenses and a children's fund for the precious children whom she left behind. We understand that not everyone is in financial situation to give and we appreciate that you just share this post and hold her dear family up in prayers. Jessica resided in Valleyview Alberta with her fiancé Brent & her kids. She was a devoted mother, sister, aunt and daughter. She was a respected member of the community & the Catholic school division. Jessica will be greatly missed by many friends & family, we hope that we can take away a small burden for all those involved by giving back to them this way.

The shooting occurred on Sunday night near the Mandalay Bay Resort & Casino in Las Vegas during the last day of the Route 91 Harvest Festival. Although ISIS has claimed responsibility, senior U.S. officials have said that there is “no evidence [the] Vegas shooter was connected to [the] international militant group,” according to Reuters.