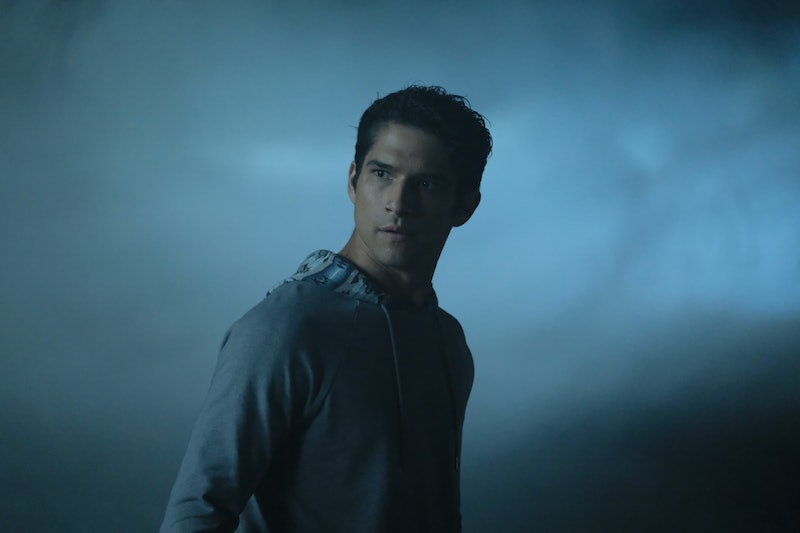 The life of at least one of Scott McCall's closest friends and family on Teen Wolf is in jeopardy, and it's all thanks to good old Gerard. At the end of "Triggers," someone was left bleeding on the floor of the McCall family kitchen, and while the identity of who was shot on Teen Wolf has yet to be revealed, it definitely looks like Mama McCall could be in mortal danger. Melissa, Scott, Argent, Scott's dad, Mason, Lydia, and Malia were all standing in the kitchen when shots were fired directly into the room, and the episode ended with a giant pool of blood gliding across the floor. But who's blood was it? And who shot at our favorite supernatural teenagers?

Well, it all started with Gerard, who put his master plan to eradicate all supernatural creatures into motion this episode. Earlier, Rafael (aka Papa McCall) used his FBI status to get a tour of Gerard's gigantic arsenal filled with elaborate, army-grade weapons. Trying to stop a war before it begins, Argent, Lydia, Scott, and Malia went to Gerard's arsenal hoping to steal some of his guns. Unfortunately, by the time they got there, all the guns were gone. It turns out, Gerard had already given them out to the terrified citizens of Beacon Hills, all suddenly aware of the supernatural creatures living in their city. Whoever shot into the McCall house clearly did it with sophisticated weapons, but was it Gerard and his fellow hunters? Or was it amateur high school students? We don't know, but whoever pulled the trigger, the blood spilt is definitely on Gerard's hands.

As for who's life is left hanging in the balance, well, all signs point to Mama McCall as the one in danger. After the shots ended, Scott, Malia, Rafael, and Lydia all seemed OK, leaving the only Mason, Argent, and Melissa as possible victims. However, a recently released sneak peek of next week's episode shows Melissa lying in a hospital bed, looking a bit worse for wear. So, the bad news is it looks like Mama McCall was shot. But the good news is it definitely looks like she survived...for now. Even if Mama McCall does make it through this gunshot wound, now that the entire town of Beacon Hills is armed, anybody could be a hunter, anxious to pull the trigger.