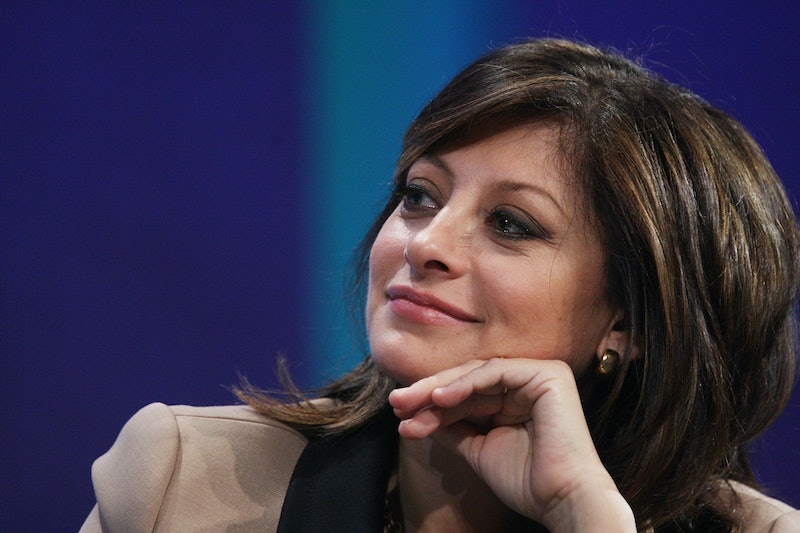 Showtime's new docuseries The Loudest Voice is primarily focused on the life of former Fox News CEO Roger Ailes, but to cover Ailes' career is essentially to look at the history of cable television news networks. One of the most crucial figures in cable news history mentioned in the premiere of the series is the "Money Honey," which was Ailes' sexist nickname for Maria Bartiromo, who has gone on to have one of the most storied careers in cable news, becoming one of CNBC's top personalities before moving to Fox. However, in the Showtime series, the mention of her serves more to set the tone of the series than anything else.

Bartiromo worked for CNBC for twenty years, and for much of that time she worked with Roger Ailes, who served as president of the network from 1993 to 1996. Bartiromo proved to be a valuable early asset to the network, becoming the first ever reporter to broadcast live from the floor of the New York Stock Exchange in 1995 and went on the host the long-running show Closing Bell from 2002 until her departure from the network in 2013.

Bartiromo was a regular on the talk show circuit as well, being interviewed by the likes of Jay Leno, Conan O'Brien, and Oprah Winfrey among others. Currently, she serves as the host of her own show, Mornings With Maria, on Fox Business and sometimes reports for Fox News.

While the mention of "Money Honey" may be but a footnote in The Loudest Voice, the impressive career that Bartiromo found after working with him shows just how much influence and power he carried. Ailes turned a variety of journalists into leading figures in the industry and even bona fide celebrities, including Bartiromo. Following the news of his passing, Bartiromo took some time during her program to pay tribute to Ailes.

"I was a young 26-year-old producer from CNN. He hired me and taught me how to be on TV," Bartiromo said of Ailes. "Roger, I want to personally thank you for more than two decades of guidance, and leadership, and friendship."

While Ailes left Fox News following multiple sexual harassment lawsuits, Bartiromo has stayed on at the network. She told Variety of the allegations against Ailes, "Nobody wants to see anybody have any bad experiences. It’s just not in keeping with what I know, and my experience at Fox.”

Bartiromo's loyalty to the network has paid off. Just days before the premiere of The Loudest Voice, President Donald Trump called into Bartiromo's show to talk about a number of things he apparently needed to get off of his chest.

During their "interview," Trump claimed that the FBI was spying on his campaign, to speak about the nature of Chinese tariffs, Twitter censorship, his considerations into taking legal action against Google and Facebook, and lastly, how beloved he is by the people in Congress.

Ailes' idea to put a young producer on camera at the NYSE was a bold instinct at the time, but no one could have predicted where Bartiromo's career would've gone from there. Or that she would one day be trusted to decode personal calls from the president on her own morning show.