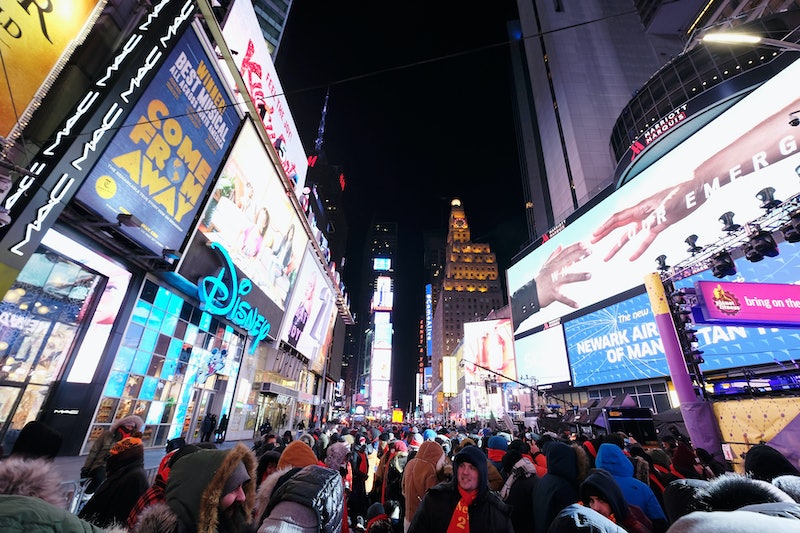 Gathering in Times Square for New Year's Eve has been a New York City tradition for more than a century, bringing together people from all over the world to watch the iconic "ball drop." With the big night just hours away, you might be wondering who will drop the New Year's ball for 2019 — in recognition of the importance of a free press and open discourse, organizers chose a group of journalists for that honor.

"In one of the world’s most famous public squares, it is fitting to celebrate free press and free speech as we reflect on where we’ve been during the past year and what it is we value most as a society," Tim Tompkins, president of the Times Square Alliance told Time.

This year was a particularly dangerous year for journalists, after the newsroom shooting at The Capital Gazette in Annapolis, Maryland, which killed five people, and the death of Jamal Khashoggi, a Washington Post contributor and critic of the Saudi government.

Among those who will be pressing the 60-second countdown button at 11:59 p.m. is Khashoggi's editor, Karen Attiah, Global Opinions Editor at The Post. Attiah will be joined by The New York Times' Rebecca Blumenstein, CNN's Alisyn Camerota, NBC's Lester Holt, and a number of other editors and correspondents from major outlets.

Organizers also asked Joel Simon, executive director of the Committee to Protect Journalists (CPJ), to join the reporters for the event. According to their website, CPJ advocates on behalf of journalists around the world against violations of free press. Simon told Reuters in an interview that the Times Square Alliance invited CPJ because "the perception [exists] that the journalism and journalists in particular are under threat and their role is being questioned."

In addition to the hundreds of journalists reported imprisoned or murdered in 2018, distrust in media continues to affect outlets in the United States and abroad. President Trump continually underscores that mistrust, accusing the press of being the "enemy of the people," and decrying fact-checks as "fake news."

Given Trump's role in media distrust, the decision to honor journalists through the New Year's celebration could be interpreted as a critique of the president. "Unavoidably, Trump was the subtext, but not front and center," Simon told Reuters. "We wanted to have a unifying message."

Past honorees have typically had more name-recognition than most of the journalists who will appear Monday night. Bill and Hillary Clinton showed up one year, Lady Gaga held the role in 2011, and last year the honor when to #MeToo founder Tarana Burke. But despite not necessarily being the most widely known faces, Tompkins says, the huge platform — it's estimated more than one billion people watch the event from around the globe — will allow them to get their message out.

"The two pictures that are sent around the world generally are people kissing each other with confetti falling and the people who appear on the stage," Tompkins told The New York Times. "We wanted to use that in a deliberate way."