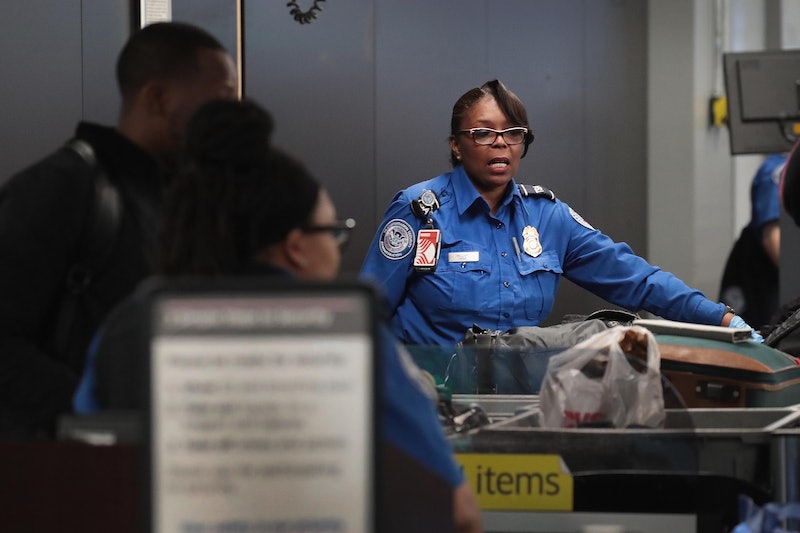 The longest government shutdown in history ended late Friday night. Now that the government is funded until mid-February, who will get back pay after the shutdown? For government workers, it's only a matter of waiting for new checks to clear, but for government contractors, it's unlikely they will see back pay at this time.

In mid-January, President Donald Trump signed legislation that guaranteed back pay to furloughed employees as soon as possible after the conclusion of the shutdown, USA Today reported. Vox reported that paychecks will likely arrive in the next week as the government requires some days to process payroll.

But restoring paychecks could be a complicated process for the multiple agencies affected by the partial shutdown. "As agencies identify these steps, they should be prepared to prioritize restoring pay and benefits for employees," Margaret Weichert, White House deputy director for management, said in a memo on Friday, according to The Washington Post.

Delays and problems with restoring paychecks will only apply to full-time federal employees. For federal contractors, the problems are a lot more complicated. That aforementioned legislation passed in January doesn't guarantee back pay for contractors.

As a result, Democratic Minnesota Sen. Tina Smith introduced legislation in January to require the federal agencies who use contractors to provide back pay to the companies who hire the contractors. "If you think about it, they're paying people for work they would have done but for the shutdown. In many cases, that money was already budgeted; it just hasn't been spent," Smith told Vox in January. But the bill isn't anywhere close to President Donald Trump's desk.

"Because of the President’s actions, Federal workers will be paid in the coming days. To the public servants who have worked without pay and been furloughed, we thank you. To Congress, it is time to negotiate and address the humanitarian crisis on our border once and for all," the White House tweeted on Friday.

Some of the agencies are working to get pay to full-time employees even faster. Politico reported that the Transportation Safety Agency announced that it will distribute one week of backpay using last year's funds. "Challenging circumstances force challenging decisions. I fully recognize anything short of full paychecks are a partial measure, and in no way compensates the #TSA workforce for the financial burden many are experiencing," TSA administrator David Pekoske tweeted on Friday.

Another person who is hoping to get money into the hands of government workers is Democratic Alabama Sen. Doug Jones. He introduced a bill to add interest to the backpay of federal workers on Thursday. "If the federal government can charge you interest for being late on your taxes, then it should be paying interest on late paychecks. The more than 5,500 federal workers in Alabama didn't ask for a shutdown and shouldn't be punished for it," Jones said in a statement to AL.com about the Back Pay Fairness Act. "It's only fair that the government pays them back with interest for putting them out of work indefinitely or forcing them to work without pay."

The bill would add 3.625 percent interest to federal workers' missed paychecks during this shutdown, though the bill would also apply to any future shutdowns, according to AL.com. The rate is same as the one added to late payments to vendors if a federal agency misses a payment, the outlet reported. Like Smith's bill for federal contractors, this bill is also not close to getting Trump's signature.