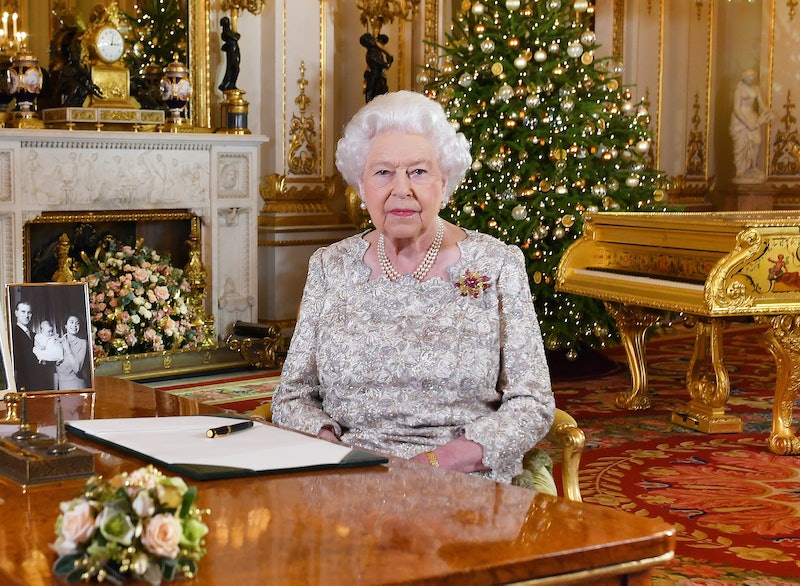 There’s one Christmas tradition that’s more British than most: settling down on Christmas day to watch Queen Elizabeth address the nation on the telly. After the presents have been opened and everyone’s settled with a mug of mulled wine, the Queen’s speech is usually a lovely way to round off the year with heartfelt message for the year to come. However many politicians and monarchs have other people help write their addresses, with Obama with his own team of speechwriters and Melania Trump "borrowing" from the previous First Lady, but who writes the Queen’s Christmas message? It’s pretty surprising, actually.

This year, a few outlets have dropped some hints about what she’ll be touching on and it looks like this one is set to be a more meaningful one than most. According to the Evening Standard, the Queen’s Christmas message is actually penned by HM herself and “traditionally has a strong religious framework, mirroring her faith, which reflects on current issues and draws on her own experiences.” It’s pretty impressive when you take into account that she’s been at this since her first televised message in 1957 according to The Guardian, and prior to that she used to greet the nation merry Christmas on the radio starting from 1952.

That’s 66 years of Christmas speeches, which sounds like a lot of work (though I’m sure she’s had some help).

A picture from the upcoming address has been revealed above (lead image) and it features the Queen looking super festive, sitting at her writing table in Buckingham Palace’s White Drawing Room according to People. Rather than opting for an ugly Christmas jumper, she’s chosen to keep things classic in a gorgeous Angela Kelly cocktail dress complete with a Scarab brooch that “her husband gave her in 1966” People claimed. However, there was one little detail that people were quick to hone in on: the family photo sitting on her desk.

The BBC honed in on the black and white photograph, which they revealed was of herself, Prince Philip, and a much younger Prince Charles from 1948. She typically fills her desk with a few pictures of the family. This year's was an interesting choice and one that’s a pretty loaded one in my opinion, as it seems to be hammering home the fact that Prince Charles is next in line for the throne and could be prepping the nation for his takeover as king in the coming years. TBH, the Queen deserves to step down after her years of service and kick her heels up.

The BBC also added that in her speech the Queen will hone in on the Christian message of “peace on earth and goodwill to all," which she will say is “never out of date” and “needed as much as ever.” Although the Queen has to remain "publicly neutral on political matters," it’s not hard to draw lines between the fact that she’ll be highlighting "treating each other with respect" despite differences of opinion and the current drama over Brexit. You know, that dumpster fire that's been dominating the news cycle.

According to the BBC, the Queen will say, “Even with the most deeply-held differences, treating the other person with respect and as a fellow human being is always a good first step towards greater understanding.” They seem like poignant words for a divided nation.

As is tradition, she’ll also be touching on events over the year and is expected to talk about the royal weddings that happened this year as well as the fact that England reached the World Cup semi-finals. I for one hope that the Queen leads the nation in chanting football’s coming home for the last time.

The Queen’s speech will be broadcast on BBC One, ITV, Sky One, Sky News and BBC Radio 4 at 3 p.m. according to the Evening Standard. It will also be live streamed on the royals’ official YouTube channel and Facebook page.