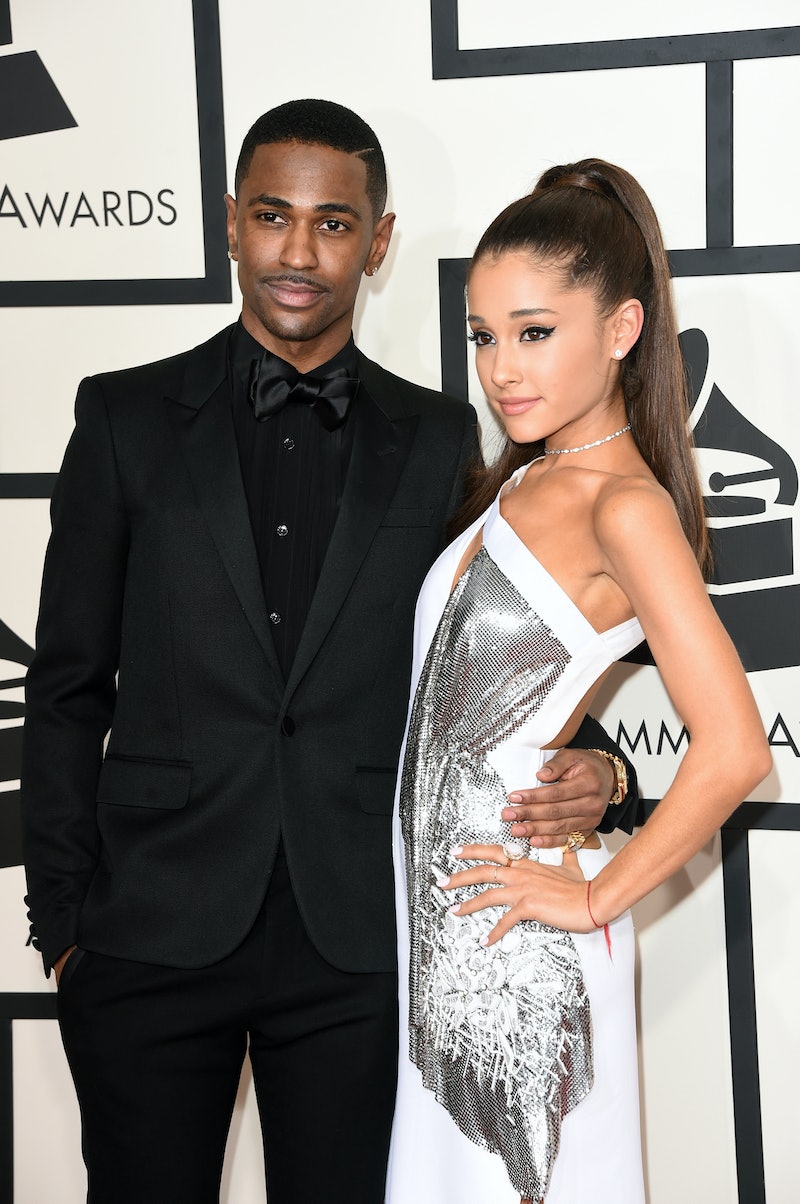 Ariana Grande dropped her album Thank U, Next on Feb. 8 and released the music video for her new single, "Break Up with Your Girlfriend, I'm Bored," sending fans into all all out twitter frenzy. Many listeners are theorizing that this song is about one of her famous exes, and so it's only right that they're on a desperate search for any and all Big Sean references on Thank U, Next. With this being her second album in just six months, and the music video for the title track breaking records, there's plenty to focus on other than Grande's exes. Yet, since she directly called out Big Sean in "Thank U, Next" — both the song and the video — it's possible she could be singing about him on "Break Up with Your Girlfriend, I'm Bored." And it's worth investigating the other tracks on the album for allusions to him.

Even before "Break Up with Your Girlfriend, I'm Bored" was released, fans thought it could be about Big Sean. And while not everyone is totally convinced it's about her rapper ex, whom she collaborated with and dated from 2014 to 2015, others believe the song is referring to Big Sean's relationship with rumored ex Jhené Aiko. (Or, even how Grande and Sean may have started their connection before his official split from Naya Rivera.) Still, this fan theory is debatable, and no matter what, the amount of shoutouts to Big Sean on Thank U, Next seem to be far less than the ones about Grande's other exes — former fiancé Pete Davidson and Mac Miller, who died in September of 2018.

Grande created Thank U, Next following the death of Miller and her breakup from Davidson, so it makes sense that Sean wouldn't have a huge presence on the album. That said, if you're a fan who hopes Grande and Sean will romantically reunite, or just feel certain that "Break Up with Your Girlfriend" is about Big Sean, here are some other possible references to him.