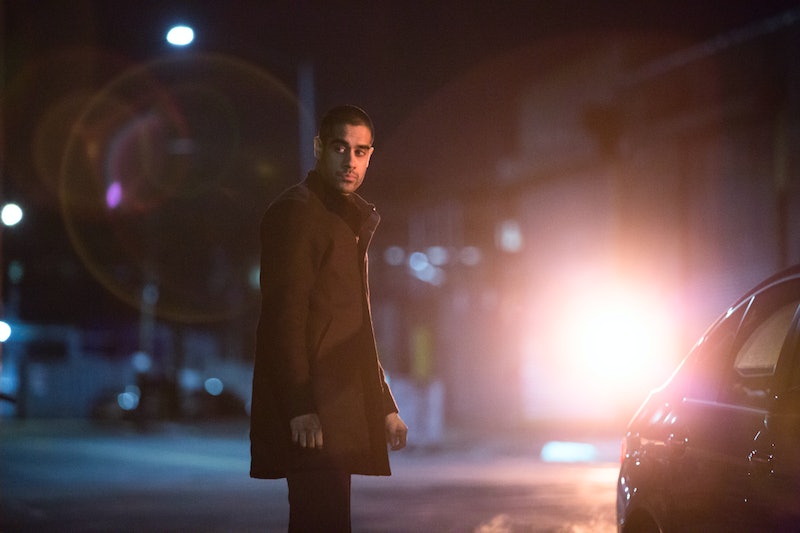 Spoilers for Iron Fist Season 2 ahead. The legacy of the Iron Fist is long, extending back to the beginning of K'un-Lun history, and Davos believes he was robbed of that legacy. Davos and Danny Rand may have been best friends at one point, but in the time since Danny won out for the role of the Iron Fist and eventually abandoned his post as protector of K'un-Lun, Davos and him have been strained — but what does this have to do with the corpse that Davos digs up early in Season 2? Fans may not know who is in the Coffin on Iron Fist, but the reason the corpse is important is clear — it belongs to a former Iron Fist.

The corpse in the coffin that Davos uncovers is adorned in a mask that is seen being worn by Danny and Davos during their trials in K'un-Lun, fighting for the opportunity to become the Iron Fist. It's also the mask that Iron Fist can been seen wearing in nearly every comic book iteration of the character. While the mask shows that the corpse is from K'un-Lun, it's the iconic Shau-Lao tattoo on the corpse's chest that proves that when they were alive, they were the Iron Fist.

Danny Rand is the Iron Fist that fans know, but he's only the latest in a long lineage of Iron Fists. Danny has taken it upon himself to become New York's latest vigilante, yet there is no record in the show of other Iron Fists that existed outside of K'un-Lun prior to Rand. While the question of how Davos managed to get his hands on the corpse of a former Iron Fist, his intentions are clear — he's hoping to gain the power without having to go through the typical ritual of plunging one's fist into the molten heart of a dragon that lives in a cave.

The early episode appearances of Davos indicate that he's on his way to becoming this comic book counterpart, the Steel Serpent. His jealousy and resentment towards Danny may be turning Davos from a noble man into a villain who is more interested in gaining power than using that power for good. In the comics, the Steel Serpent is the original enemy of Iron Fist, introduced in the first issue of Iron Fist back in 1975. 50 years later, Steel Serpent is arriving on television, through a complicated plan that seems to include robbing a corpse of its chest tattoo, or possibly harnessing the power still held within that tattoo.

The details of Davos' plan aren't made clear, but considering that Iron Fist is a television show where monks from a magical city get glowing fist-powers because they win a fight with a dragon, it's not the logistics of the plan that matter as much as the consequences of said plan. If Davos is having corpses shipped overseas and desecrating said corpes in the name of gaining a power comparable to that of the Iron Fist, there's no telling how far he'll go should anyone try to separate him from his power.