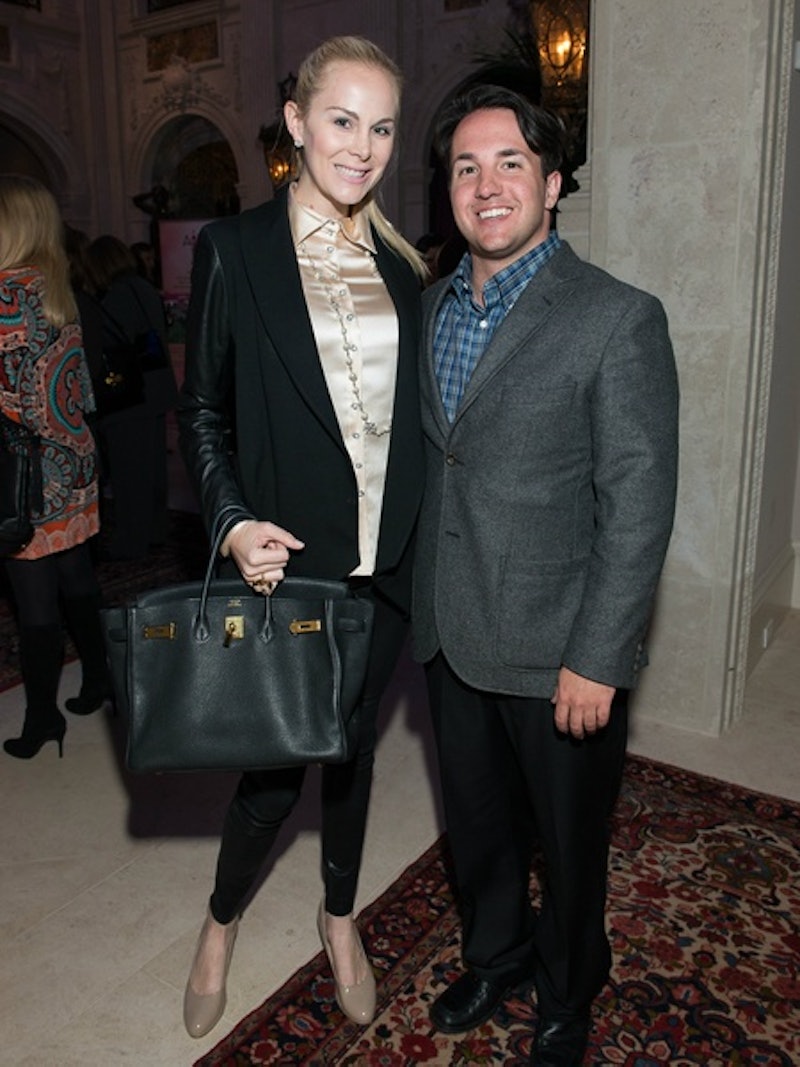 The second season of Bravo's The Real Housewives of Dallas premieres Aug. 14, and you can be sure the show will be pulling out all the stops to follow-up the hilarious hi-jinx and drama that went down in its inaugural season. Your favorite housewives Cary Deuber, Stephanie Hollman, LeeAnne Locken, and Brandi Redmond are all coming back for more and will be joined by two new cast members, D'Andra Simmons and Kameron Westcott. Kameron is sure to make a big splash this season; her Bravo bio declares that her obsession with pink and affinity for tiny dogs has already earned her the nickname "Elle Woods" from Cary. The world will also meet her partner when this new Housewife joins the series. So who is RHOD star Kameron's husband Court?

According to Bravo, Court and Kameron met while they were both attending Southern Methodist University, where 22-year-old Kameron was working on her degree in Fine Arts and Court was finishing up graduate school. Kameron might be the one of the new leads on this season of RHOD but Court is a big personality in his own right. Here are some things you might want to know about the Texan private investor before RHOD Season 2 kicks off:

He Had To Pursue Kameron

In a preview of the premiere episode, Kameron admits that she wasn't initially attracted to Court because of their height difference. Court had to ask out Kameron out eight times before she agreed. His persistence obviously paid off, and the couple has been together for over 10 years.

He Is "Dallas Royalty"

Court's family is one of the most prestigious in Dallas. According to Bravo, Kameron was a bundle of nerves when first meeting his family "They are a dynasty in this town," she said.

He Has An MBA

Court works with his family's business, Westcott LLC, an entrepreneurial private investment platform. According to the company's website, he attended Vanderbilt University where he obtained a Bachelor of Arts degree in philosophy and political science and received his MBA from Southern Methodist University's Cox School of Business.

The couple lives in the Highland Park neighborhood of Dallas with their two adorable children, Hilton and Cruise, and their two equally adorable dogs.

Court keeps a pretty low social media profile. His Instagram profile is private and what could be his Twitter account hasn't been used since August 2009. You can, however, see his with him on LinkedIn profile, and he pops up frequently on his wife's Instagram.

Will Court be as low-profile on The Real Housewives Of Dallas as he is on social media? The new season will reveal all.