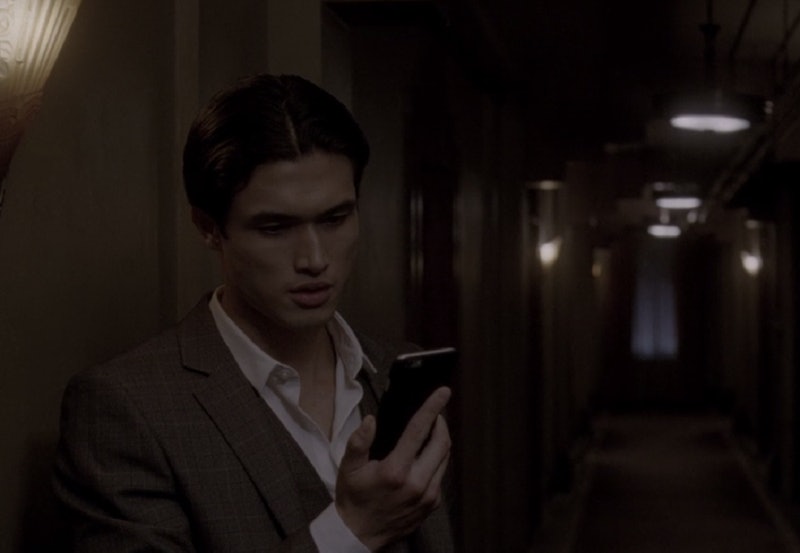 I think I speak for most fans when I admit it was a little devastating to find out that a new actor is playing Reggie Mantle in Riverdale when the show returns for Season 2. It was announced at the end of April that Ross Butler would be leaving Riverdale, and he recently confirmed the decision was because of his continued role in 13 Reasons Why. But hey, let's all try to forget our heartbreak and move on, OK? Especially because the actor playing the new Reggie in Riverdale sounds like a magnificent replacement, and you just might happen to recognize him.

According to TVLine, Reggie will now be portrayed by Charles Melton, an actor and model who I very much approve of. Though his acting credits only currently include two TV shows, there's a good chance that you may have caught a couple of his episodes and shrieked, "Wow, who is that?" in immediate adoration.

Besides playing a character listed only as "Model" in the Season 5 episode of Glee, Melton also played Mr. Wu in two episodes of American Horror Story: Hotel. Still don't remember him? Melton is on the far left in this cast picture posted on his Instagram:

Featured in the episodes, "Be Our Guest," and "Room 33," Melton's appearance on American Horror Story: Hotel was short — and not very sweet. While wandering the halls of the Hotel Cortez bragging about how he's going to pick up women, Melton's character gets picked up by Agnetha, one of the women trapped in the hotel. After the two enjoy some adult activity together, Agnetha's friend Vendela then walks in on them, and brutally murders the guy with an ice pick (thankfully, we don't see this part on-screen). Now you remember him, right?

His scenes might not have been the longest in the show, but they definitely left an impression. Or at least, they did with me. And as a major fan of Riverdale, I'm feeling pretty happy with the casting decision. Touchingly, Melton's casting as Reggie also received approval from Butler, who enthused over the decision "to keep Reggie Asian-American," in a video tweet posted on Friday (which you can watch below, if you fancy catching all of the feels).

Now all we have to do is sit tight and wait for Season 2 of Riverdale to arrive, so that we can see Melton in action. Considering the first amazing season has only just ended, that also means that fans might have to wait longer than we'd like (dammit).