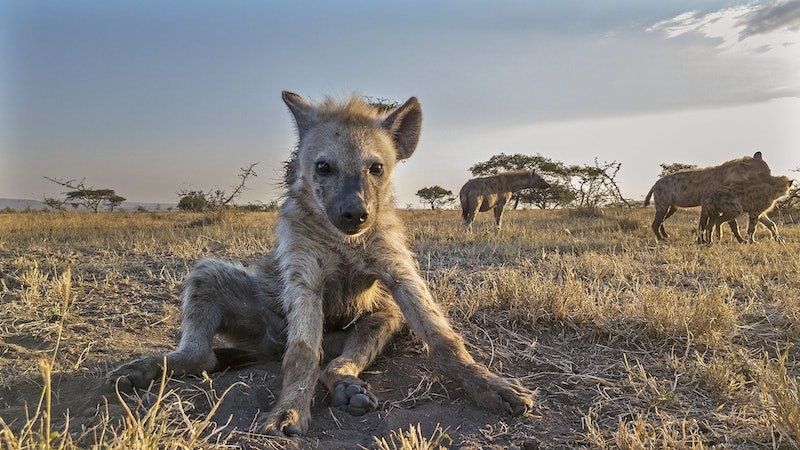 Nature documentaries are just the ticket for informative, relaxing, enjoyable entertainment, usually with the perfect dose of tearjerking moments throughout. They are seriously where it's at. But there are some elements in the world of nature docs that are bigger than others. And guys I am not talking about the big beautiful beasts. Nope, I am talking about a certain silver -aired narrator, Sir David Attenborough. But guys, things develop and sometimes there are nature documentaries voiced by different nature-lovers. Like the latest BBC one. So who is the narrator in Serengeti?

Well it turns out, the narrator is none other than British actor John Boyega. Who is one of the most incredible actors to come out of the UK in the last decade. Boyega is best known for films like Attack The Block, Star Wars, Watership Down, and Detroit. But it looks like he might be about to become well known for a whole different type of genre. That of nature documentaries. Could he be David Attenborough's successor? I'm totally rooting for him.

So the new series, which is in six parts, is the dramatised story of a national park in Tanzania. All of the emotions, wildness, chaos, and beauty of the animal kingdom are put on show with some well-placed musical interludes along the way to break up the more dramatic moments. The programme showcases not only the variety of life but also some incredible new technology (including drones which fly over the park) which could well change the nature documentary as we know it.

The show description reads: "From warthogs to lions, mongoose to cheetahs, a cast of our favourite African animal characters will be filmed closer and more intimately than ever before, using groundbreaking filming techniques and pioneering technology, including drone technology and the use of multiple stabilised camera systems."

The programme was created by a slightly unexpected individual. Simon Fuller. Yes, the man who created not only the Spice Girls the band, but also the movie Spice World, which is an absolute cinematic classic.

As The Telegraph reports, Fuller lived in Ghana as a child and the experience has never left him. He told the publication his memories of his life there include, “the heat, and humidity, the friendliest people I had ever met… and chickens running around everywhere”. Fuller also detailed the reasoning behind his decision to make the show in an interview with the Press Association.

"I created Serengeti because I believe we need to have more empathy and respect for nature and the wonderful animals we share the planet with. If our viewers relate to some of our characters in a personal and emotional way and this means they have a connection beyond just another natural history show, then I think that would be wonderful and a positive thing," he said.

Despite all of the promise for this new, exciting series, it hasn't been quite as positively received as the BBC might well have desired, with some viewers missing Attenborough's voice.

While yes, Attenborough's voice is legendary, that's no reason why new nature documentary talent shouldn't come through and be appreciated. And, as the show is only one episode in, hopefully the rest of the season will be an opportunity for the new series and format to prove how good it can and will be.

More like this
'The Undeclared War' Spotlights The Real-Life Threat Of Cyber Attacks
By Maxine Harrison
Paramount+ Wants To Take Over Your Netflix
By Sophie McEvoy
At 28, Emma Thompson Was Already A Star — But Unhappy In Love, Actually
By Olivia-Anne Cleary
Here's How To Stream 'Downton Abbey: A New Era' & The New 'Downton' Channel
By Alice Broster and Sam Ramsden
Get The Very Best Of Bustle/UK