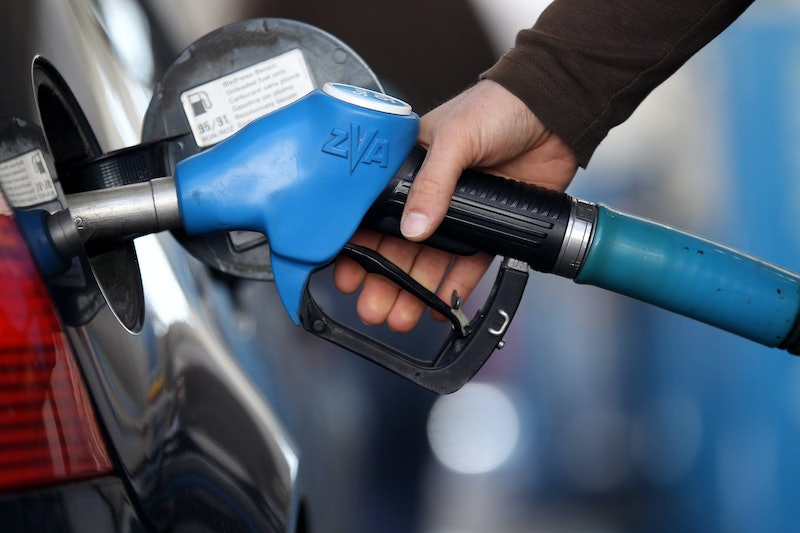 Summer travel season will be here soon but road trips might be a bit more expensive than they were earlier in the year. Although it's not clear whether the surge will continue, the Associated Press reports that there could be a simple explanation for why gas prices are going up.

The average price of gas has gone up about 10 cents in the last two weeks, according to the AP. Now, that figure is reportedly sitting at $2.44 a gallon. One of the reasons why is a reported increase in crude oil prices, per the AP.

But part of the jump may be typical for this time of the year, according to CBS Austin, which pointed to patterns identified by AAA. According to the association, demand for gas increases around March, when temperatures rise and people begin traveling more frequently.

But some parts of the United States saw sharper gas price hikes than other regions in recent weeks. Gas prices in Texas, for example, have reportedly increased 14 cents in the last week, according to a AAA Texas release obtained by local news outlet Everything Lubbock.

“Prices at the pump are spiking as global crude inventories tighten and crude oil prices are hitting their highest level so far this year,” AAA Texas/AAA New Mexico spokesperson Daniel Armbruster said in a statement, per Everything Lubbock.

“Inventories are likely to continue to tighten and keep gas prices higher through the end of the month,” Armbruster added.

Oil refineries also shut down in March, according to multiple reports, as they perform routine maintenance. Around this time of year, they switch to a so-called summer blend, which is reportedly more expensive to produce.

Armbruster also told the Coriscana Daily Sun that political unrest in Venezuela may also be impacting the rise in prices. All of this is to say that there is a lot going on within the realm of things that can impact the cost of gas.

But while gas prices are still reportedly lower than they were a year ago, the price of gas is a general equalizer in that everyone who depends on cars for transportation is affected by it. And this, of course, means that higher gas prices are more prone to negatively affecting people with lower income, for whom sudden spikes can throw personal budgets out of whack.

Although gas prices are reportedly lower than they were a year ago, some reports indicate that the rate of the increase is still significant. The last time that Texas experienced such a significant hike, according to the Killeen Daily Herald, was in August of 2017, shortly after Hurricane Harvey hit the state.

As of now, it's not clear whether prices will continue to rise after March. The combination of factors contributing to the overall rise suggests that it may be too much to hope for prices to come down any time soon. If you're planning to do more driving than usual in the near future, it may be a smart idea to keep an eye on the rising rates.