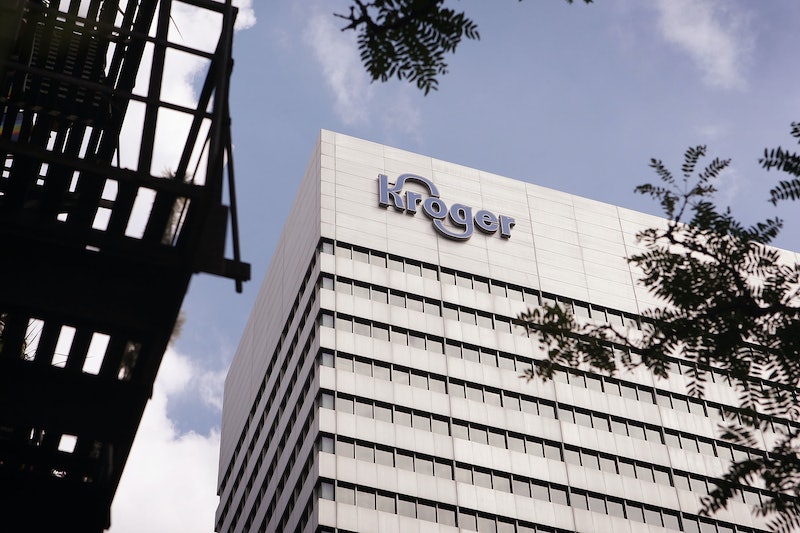 If you use a Visa credit card, it's might be harder to shop at your choice supermarket. As reported by USA Today, Kroger will ban Visa credit cards at all 142 of its Smith's Food & Drug locations and at 108 gas stations starting on April 3. This follows the company's ban of the cards at 21 Foods Co. stores and five gas stations in August 2018.

The move is part of a standoff between Kroger, which is the largest supermarket chain in the country, and Visa over transaction fees. In a statement about the decision released on Friday, March 1, Kroger's executive vice president and CFO, Mike Schlotman, said,

To be clear, the stores will still accept Visa debit cards.

The Smith's Food & Drugs stores are in Arizona, Idaho, Montana, Nevada, New Mexico, Utah, and Wyoming. The Foods Co. stores are in California.

While Kroger has only just expanded the ban to its second chain, the company has not ruled out taking things further. "While no other Kroger banners are presently affected by this announcement, Kroger continues to explore options to reduce the cost of accepting credit cards in order to keep prices low for customers," the March 1 press release reads. The company has 2,800 stores under a variety of names, including Harris Teeter, Ralphs, and Kroger itself. When the Foods. Co ban originally came out last year, the company said, according to Forbes, "If we have to expand that beyond Foods Co., we’re prepared to take that step."

Bustle has reached out to Visa for a comment. In a statement to Forbes a Visa spokesperson said,

The Visa network delivers significant value for merchants including access to more customers, increased sales, security, and fraud protection, a quick and convenient checkout experience, and ongoing innovation and implementation of the latest technologies. Kroger enjoys all of these benefits, and there is a cost for these services, like any other. We have put forward a number of solutions to allow our cardholders to continue using their preferred Visa credit cards at Foods Co. and Smith’s without Kroger-imposed restrictions, and we continue to work toward a resolution.

Back in August, Bloomberg explained that disputes like the one between Visa and Kroger center around the $90 billion worth of card swipe fees retailers face each year. Bloomberg reports that the fee is usually about two percent of the purchase price for credit cards and around 24 cents for a debit card transaction. Some merchants have pushed for there to be different laws that would place a cap on the swipe fees.

For now, Kroger is taking matters into its own hands and customers will have to wait and see if anything changes, if they'll be able to use Visa credit cards at the stores banning them once again, or if the ban extends further than it already has.

More like this
Black Women's Equal Pay Day Highlights An Upsetting Problem
By Brandi Neal
Chris Kaba's Family Continue Fight For Justice After Viewing Police Bodycam Footage
By Sophie McEvoy
Here’s Your Daily Horoscope For September 29, 2022
By Mecca Woods
Bobby Berk Explains How To Maximize Every Inch Of Your Bedroom Storage
By Marilyn La Jeunesse
Get Even More From Bustle — Sign Up For The Newsletter