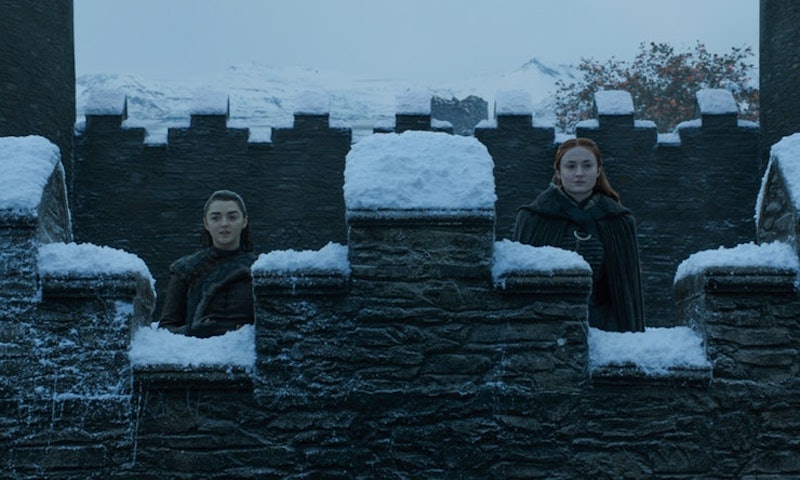 There is so much plot in George R.R. Martin's A Song of Ice and Fire, so many mysteries and character arcs and secret Targaryen babies, that many of us have essentially forgotten the premise of this fantasy world. But there is one major thing that sets Westeros apart from the hundreds of other Middle-Earth clones out there, and that's the seasons. The seasons are super weird. Summers and winters last for years, and there's no way of predicting when the season will change. Legend even tells of the "Long Night," a winter that lasted for an entire generation. But why are the seasons like this in the first place? We may not know for sure, but that hasn't stopped fans from speculating wildly. Here are some of the top theories on the seasonal weirdness in A Song of Ice and Fire, from the scientifically plausible to the utterly bizarre.

Perhaps the most frustrating thing about this season business is that George R.R. Martin has promised that he'll explain it all at the very end of the series. So, knowing Martin's writing pace, you shouldn't get your hopes up about solving this mystery any time soon.

Until then, though, we have plenty of working theories on why exactly winter is coming:

More like this
Emilia Clarke Shares More Details About The New 'Game Of Thrones' Series
By Maxine Harrison
16 Novels That Paint A Realistic Portrait Of Abortion
By K.W. Colyard
At 14, Jenny Han Wrote Rom-Coms About Her Friends & Fan Mail To Leo DiCaprio
By Alyssa Lapid
'Stranger Things' Star David Harbour Has This Actor In Mind For A Hopper Spinoff
By Alyssa Lapid
Get Even More From Bustle — Sign Up For The Newsletter