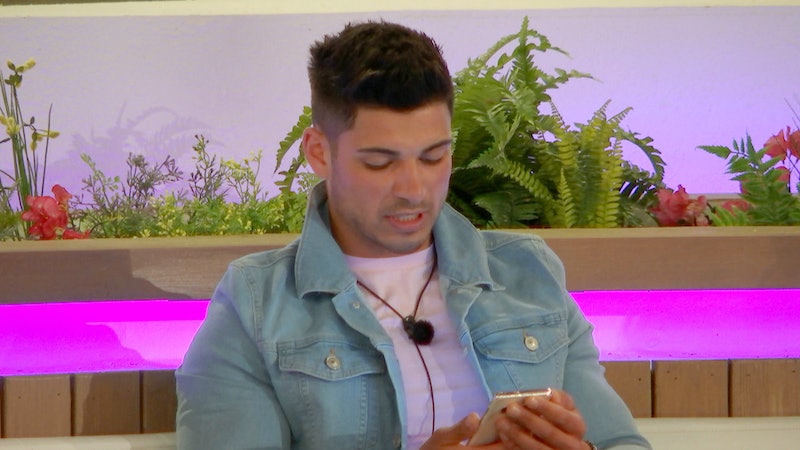 There are certain things that make Love Island the glorious thing that it is. The phrase, "my type on paper" revolutionised how most of my friends talk about dates. We would have been lost without Georgia reminding us how "loyal" she is last season. And who knows? For all Lucie’s trying, “bevvy” might make it as a stand-out catchphrase. Fans have noticed that there is one small thing missing from Love Island 2019 and they haven’t let it go. Love Island have dropped the “I’ve Got A Text” announcement and it has had a bigger effect than you would think.

For the weeks that Love Island is announcing incoming texts this way is the done thing in my house but to do it when the islanders aren’t feels wrong.

When the islanders announce they have a text it means one thing; something exciting, dramatic, or scandalous is about to happen. Those four words build so much anticipation. Fans need the warning for the chaos that is about to unfold. The 2019 islanders have taken to just reading texts as they receive them. I reached out to a ITV representative for the show to ask why and if there is a reason that “I’ve got a text” has been dropped. I am yet to hear back.

Every series of Love Island so far has had their stand out catchphrases. Love Island 2018 saw the creation of the do bits society or DBS. Olivia Atwood introduced the world to d**k sand in 2017 and my life was changed. And who can forget Marcel bringing up Blazin' Squad so many times that they returned to relevance. All of these catch phrases have been great but “I’ve got a text” has run through every series and fans are missing it.

One particularly exacerbated fan took to twitter and said, “not to be dramatic but we're 4 days in and still no one has shouted 'I've got a text' when their phone goes off. Have none of them watched the show before? Everyone's just stuck to 'it is what it is' grow up please and carry it on.” She wasn’t alone in wondering if the islanders know how the text system on the island works. Another fan said “am I the only one that is still really missing last years gang? Wes and Laura, are they aren’t they, loyal babe G, Danni and Jacks beautiful love story and most importantly ‘IVE GOT A TEXT.”

Who knew that a text announcement played such a massive part in the framework of Love Island? Like the names on water bottles it is basically essential. It may only be one week into Love Island 2019 but there have been some pretty massive date announcements and new islanders entering the villa. The only thing to heighten the tension would be a good, old fashioned “I’ve got a text.”

It is no secret that producers nip in and out of the villa every so often. Perhaps one can put in a good word to bring back the original catchphrase that fans want to hear.