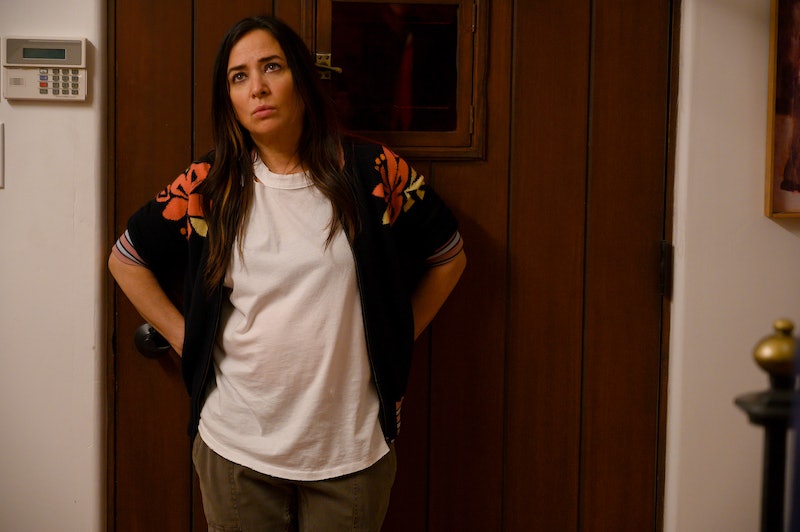 Unlike many shows this spring, Better Things will actually finish its original 10 episode run. The Season 4 finale will air as scheduled on April 30, because the full season had finished filming ahead of coronavirus-related network production shutdowns. However, a Better Things Season 5 is still in question for several reasons.

It's also unusual for Better Things to be reaching its season finale without a renewal in place yet. All the previous seasons were renewed at least a month before the preceding season finished airing. But while the network may decide to cancel the show based on declining viewership, FX's recent partnership bringing shows to Hulu could help give it an audience boost on the streaming platform.

However, co-creator, writer, director, and star of the series Pamela Adlon isn't thinking ahead to Season 5 yet given the state of the world and the pandemic. According to TV Line, she just remotely finished post-production on Season 4 via iPad. "My network probably wanted me to just deliver what I had, but I take so much care with everything that I was able to finish it the way I needed to, thank God," Adlon said. Now that her work on Season 4 is finished, she told TV Line that she won't be starting on Season 5 any time soon.

"I really don’t give a f*ck about Season 5 until we finish [coronavirus] because I don't know what’s going to happen," she said, adding that she wouldn't want to write a whole season and then never get to produce it. "That would be heartbreaking," she added. Instead of looking ahead to Season 5, she's looking ahead to what she wants for the world. "If we ever get out of this, I want everybody to be better. We've got to be better as a planet, we have to be better to each other and we have to be cleaner. I’ve always been into washing hands!" she said.

The past two seasons of Better Things aired in late February or early March, which could put the show on track for an early spring 2021 premiere, should Season 5 get the go-ahead. However, if Adlon doesn't begin writing the next season for a while, the premiere will likely be delayed.

We're in a real wait and see situation in all aspects of life right now, including whether Better Things will be back next year. So at least fans got the completed Season 4 finale in the meantime — and it was finished with the care and attention that Adlon wanted.