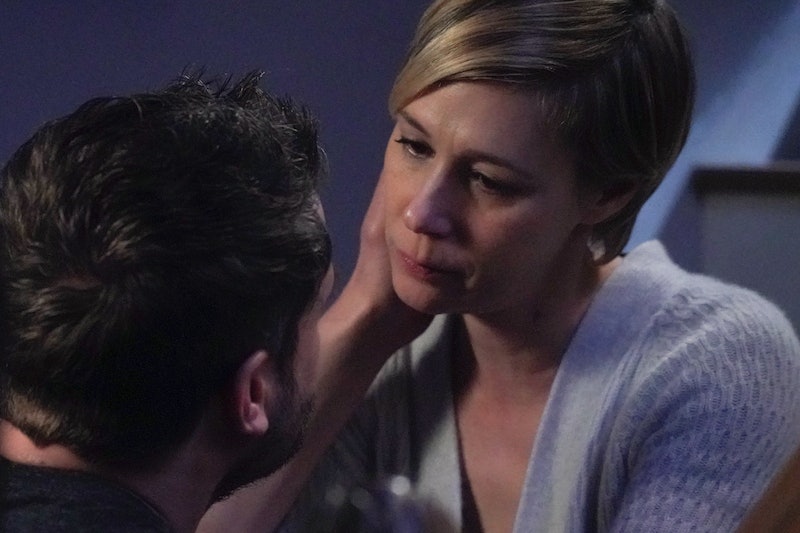 In an early scene of How to Get Away with Murder's series finale, Tegan described Bonnie and Frank as Annalise's ride or dies. By the end of the episode, the two proved they took that title literally: after Annalise was found not guilty in her murder trial, Frank gunned down Governor Birkhead on the courthouse steps, prompting her security detail to then fatally shoot him and Bonnie. But upsetting as Bonnie and Frank's deaths were, HTGAWM creator Pete Nowalk told Entertainment Weekly they had to happen in order to send off the show.

Nowalk explained that he "definitely knew going into the season that Frank would sacrifice himself to fix the situation," especially in light of learning that he was Sam and Hannah's son. "Frank has always wanted to fix things and be the hero because for so much of his life, he hated himself, and he knew there was bad instincts in him and he wanted to turn them into good," Nowalk told EW. "In a sick way, that's what he thinks he was doing in that last moment."

As for the decision to kill Bonnie, Nowalk revealed that there was a "big debate," since her life had already been riddled with so much tragedy. Not only was she repeatedly molested and raped by her father and his powerful friends, but her baby, who she was told had died, was stolen from her and given up for adoption. She also suffocated her boyfriend, D.A. Miller with her bare hands, only to later learn he was innocent and had planned to propose to her.

"Obviously, a lot of people are going to be mad about it because she suffered so much in her lifetime," Nowalk added. "But my instinct was this was a show about really messy situations. They all did horrible things, and I didn't want to give an ending, not just to Bonnie, but in general on the show, that was happy. Tragedy begets tragedy and that means some people had to die even if it was a complete accident."

Ultimately, Nowalk saw it as a poetic ending: "That's the tragedy of it to me because she did deserve better. She and Frank really did truly love each other. There was something very Romeo and Juliet about them dying together."