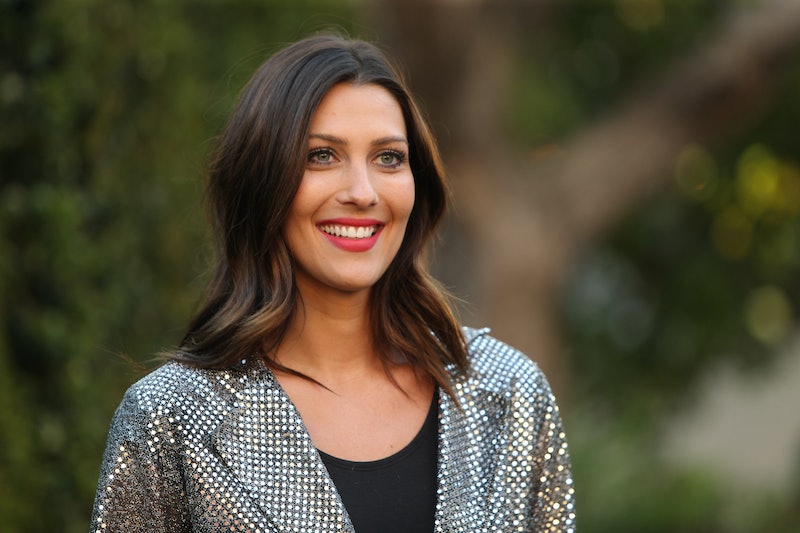 On Monday night, it was pretty shocking when Becca's ex, Ross, showed up on The Bachelor after Fantasy Suite dates took place. Considering how strongly he made his feelings for her sound, why did Becca and her ex even break up in the first place? Although their history is a bit unclear, she has talked about him a little. (Ross declined to comment on their relationship when Bustle reached out.)

Earlier this season, Becca explained things a bit, although she definitely left a few details out. She said:

But when Ross appeared on the show, things slowly started to unfold. When Ross first showed up, he told producers he didn't want to be on camera, because he was just there to fulfill the mission of getting Becca back. But it wasn't even her he went to see first when he got to Peru — it was Arie he wanted to talk to first.

To their credit, he and Arie both remained pretty civil during their discussion (even though Arie did admit to the cameras that he was royally pissed off that Ross would come out there like that). Ross revealed that he and Becca had broken up "about this time last year," (so fall of 2016) and though he didn't know if Becca still felt the same way for him, he was willing to try to get her back. When Ross went to talk to her, though, we got even more insight into their former relationship.

She was obviously stunned that he was there when he knocked on her door. Who expects to see their ex show up to see them in a foreign country? Well, Becca did. She said she knew he'd do something like this, which, OK. She didn't even invite him in, but she did agree to talk for a second. And in Ross' speech he gave her, he did offer a bit more detail about what might have gone wrong between them.

"I know that we had our ups and downs and plenty of setbacks, but you've been on my mind every single day of this past year when I haven't had you with me. When we parted our ways and we both decided that — it changed. At first that's what I wanted, I wanted you to go live your life and get to the place where you want to be at. No matter what, Becca, it always comes back to you. No matter where I go or what I do, my head and my heart always come back to you. Nobody compares to you."

Whatever went wrong between them, it sounds like over their seven year relationship, they ultimately grew apart, and maybe Becca just needed her space. Whatever happened in their break up, though, it couldn't have been that serious, because Ross did say that he thought that they could get through any disagreement that they had. Obviously, though, their relationship wasn't that strong toward the end, though, or they wouldn't have broken up — and Becca wouldn't have been so absolutely flabbergasted that he was trying to win her back.

"We have both changed so much, and you don't really know who I am anymore," Becca told him. "I don't know who you are anymore."

She also added that their relationship allegedly "wasn't healthy" for a long time, and that it's something she can't and doesn't want to go back to. Of course, that's totally Becca's call to make — and judging by the way it seems like their relationship ended, it's probably for the best.

Let's just hope this doesn't hurt Becca's relationship with Arie. Things have been going so well between them, so it'd be a bummer if this shuts everything down.