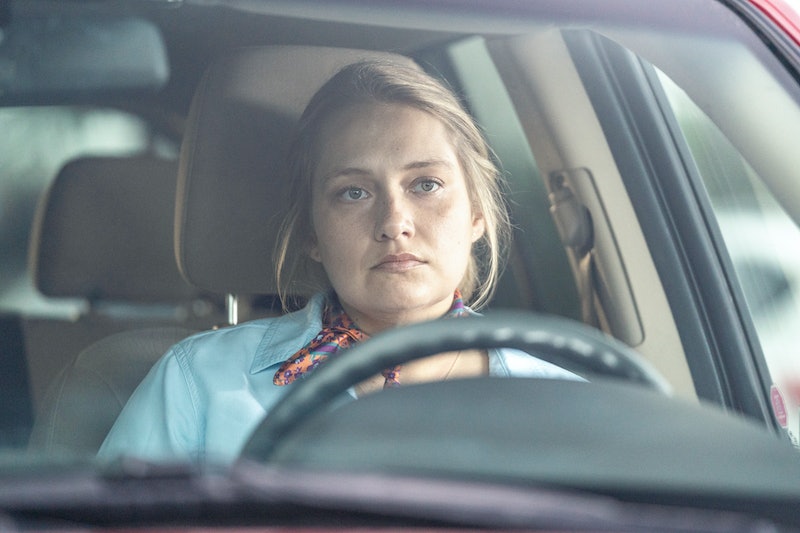 Spoilers ahead for the premiere episode of Run Season 1. "RUN." That's the text message that prompts Ruby to abandon her whole life and fly across the country to meet Billy, an ex-boyfriend she hasn't seen in almost two decades. But why did Billy text "RUN" in the first place, and why was Ruby so willing to drop everything to answer its call?

The initial text — and Ruby's stressed reaction to it — almost evoke a scene from a thriller movie. Texting "RUN" in all caps immediately makes it seem as though Billy is frantically warning Ruby to flee from some oncoming threat. And maybe, in some deeper metaphorical sense, he is. But when Ruby sends the same text back, it becomes clear that this isn't a warning but a prompt of some sort — a coded message that Ruby immediately understands the meaning of.

So, ignoring a series of increasingly panicked texts and phone calls from someone named Laurence, Ruby books the first plane ticket to New York City, hops on a train in Grand Central headed to Chicago, and finds Billy waiting for her. Though they don't talk much about their pasts in the first half-hour episode (Ruby firmly puts a "moratorium" on the subject), it's apparent that Billy and Ruby are old flames, probably from college. Back then, they must have made some sort of pact that, if one of them texted "RUN" and the other responded the same, they would both drop everything and meet up on the first train headed to Chicago from Grand Central after five o'clock.

While that explains the meaning behind the initial text, it doesn't answer the question of why Billy sent it. Why now, after all these years? Initially, he just claims that he was drunk when he sent the text, which sends Ruby into a rage. She ran away from her life because he had a few too many beers? After a bit more prodding, he reveals the truth: while he was drunk, he was also thinking that he would be happy to never see anyone he'd ever known again… but then he thought of Ruby. That's when he texted her.

It's also revealed that Billy has actually texted her several times before over the years — but this was the first and only time Ruby responded. So perhaps the real mystery isn't why Billy texted "RUN" in the first place, but why Ruby decided to text back this time. It must have been something drastic: while initially it seems like she may only have been running from an overbearing boyfriend, Billy's glimpse of her phone screen reveals a darker truth. Ruby may have abandoned a whole family, including a husband and two adorable children, in order to meet up with him.

Why was Billy in such a low place? What inspired Ruby to answer his coded message for the first time and leave her family behind? Those are surely the mysteries that Run will explore through the rest of its first season.