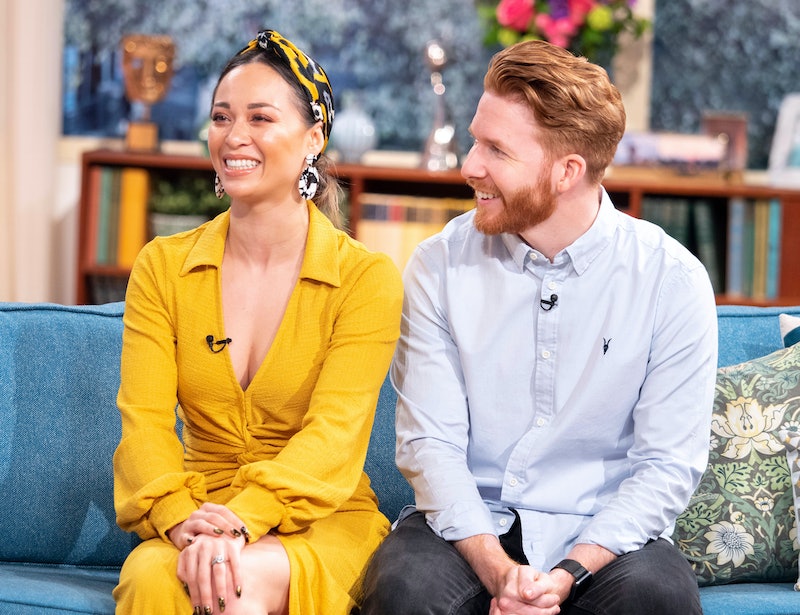 In a joint statement uploaded to their social media accounts yesterday (Aug. 18), Strictly Come Dancing's Neil and Katya Jones announced that they would be parting ways. The couple, who have been married since 2013, had a setback in their relationship during 2018's series of Strictly after Katya was photographed kissing her dance partner Seann Walsh. A spokesperson for the couple told Metro that "their decision to split was not influenced by the controversy surrounding Walsh," but why did Neil and Katya Jones split up?

While a reason isn't explicitly mentioned in their statement, it seems that the pair see themselves as friends rather than a couple, as their spokesperson explained to Metro. "Many people make such a decision to separate when they realise that their relationship has become more of a friendship," they said. "They will remain the very best of friends and will continue to dance together."

Neil and Katya will also continue to work together on and off Strictly, as well as supporting each other. "They're incredibly close, they are still dance partners, will be dancing together and will work on joint projects together as well as being part of the Strictly team and will continue to give each other advice and support in any individual projects," their spokesperson added.

This sentiment was reiterated in their statement, which in part read:

"We will always love each other, just in a different way as friends. This will never change what a great team we make and we are really proud of everything we have achieved together. Our shared love of dance means we will keep working and dancing together as well as exploring individual projects. No matter what we do we will always support and respect each other."

"We wish one another every happiness and we will remain the best of friends. We are really looking forward to getting back to the ballroom and can't wait to keep on dancing."

Before their split, the couple emphasised that the incident between Katya and Walsh had not affected their relationship. Despite rumours circulating that the dancers had separated after the photographs were published, Neil maintained during an Instagram Q&A in December 2018 that he'd "never been away from Katya" after being asked if he was back with his wife by a fan.

Neil and Katya also spoke on Lorraine about what happened, and how they've dealt with it since it occurred. "Of course we had a lot of things where people were like, 'How could you do this?' and, y'know, I was getting messages on Instagram [telling me] 'You've gotta leave her'," Neil explained to host Lorraine Kelly. "But that's what's wrong. Y'know, I always feel that's what's wrong at the moment. Everybody just looks at things, it's a quick relationship [...] we've been together for ten years." He continued:

"For me, it was just important [to be] understanding. So I just needed to speak to Katya, I needed to just be with her at that moment and just understand what's gone on."