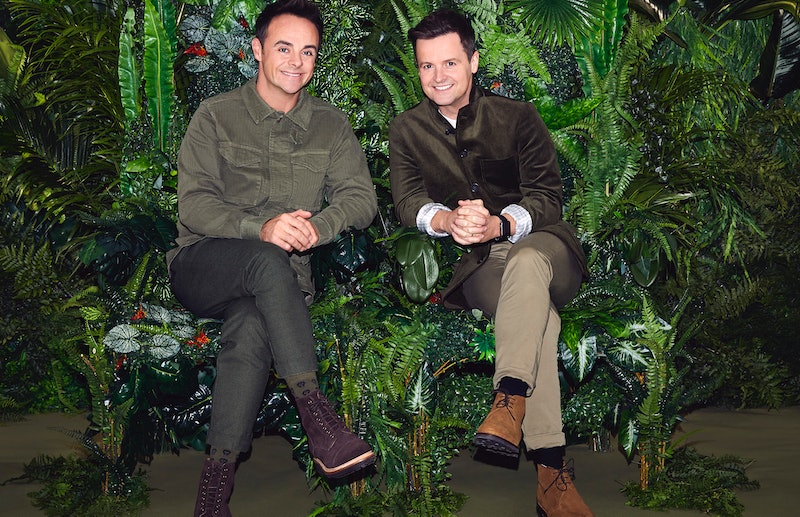 I'm A Celeb is back and in full swing, providing weeks of entertainment for fans of watching celebs get down and dirty. However, some fans are more eagle eyed than others and have taken to Twitter to ask, why do Ant & Dec covert their watches in Bushtucker trials?

The presenting pair have their watches covered in tape during the challenges, but what's the reasoning behind it? Well some fans suggested it might be to do with concerns over sunlight reflecting off the watch faces. However, it's actually way darker than that. And I don't just mean regarding sunlight. Basically it's to prevent clock watching.

After multiple fans queried the situation on Twitter, the lads took to their account to say "who's gonna explain?" and a dutiful fan account explained that it's so the celebs/campmates don't see the time. And guys, according to the Radio Times, this question is asked every year.

OK am I the only person who thinks not knowing the time and not really having any responsibilities would be kind of lush? Well seemingly, according to one former celebrity campmate, it kind of makes the whole situation incredibly disorientating and adds to the experience.

Yes Heart reports that former actual queen of the jungle, Scarlet Moffat, explained her understanding of why the campmates are kept from knowing what the time was.

"I think it's just so you're really disorientated, like we had no concept of time. I always remember, and I don't know if I'm allowed to say this. We all once went to bed at around 4pm and obviously you're just in there by yourself, but they did have to say, 'Guys, it's a lot earlier than you think.' Because you just have no idea!"

I guess that makes sense because it must get pretty flipping boring just being sat down around a fire all day talking nonsense. OK this is still sounding heavenly to me, AND they're getting paid. If they didn't have to consume animal testicles, I'd be there in a heartbeat.

More like this
'The Undeclared War' Is A Must-Watch For 'Black Mirror' Fans
By Maxine Harrison
Yes, Luca Bish Really Doesn’t Drink Alcohol
By Shahed Ezaydi and Sophie McEvoy
Kate Bush Reacts To “Mad” Revival Following 'Stranger Things' Cameo
By Sam Ramsden
Regé-Jean Page Spoke Out On His Rumoured 'Bridgerton' Return
By El Hunt and Maxine Harrison
Get The Very Best Of Bustle/UK