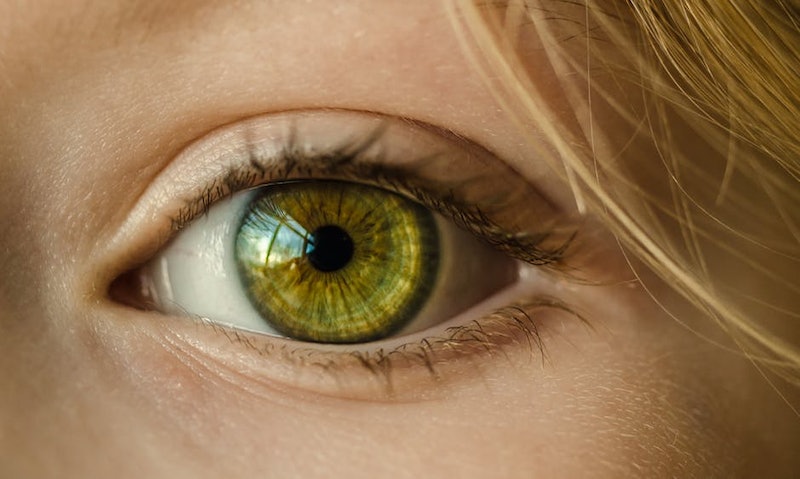 No matter how much precaution you take before a solar eclipse, you are at the end (middle?) of the day staring at a giant burning inferno with the ability to blind you. Granted, there are various methods of eclipse-viewing made to avoid such a scenario, but even if you used them, you may be one of many people walking back into your office today and wondering why you have a headache after looking at the solar eclipse. In fact, you may even be wondering why you feel slightly nauseous to boot.

Your first instinct might be to panic that you have somehow damaged your eyes — and with a lot of ineffective eclipse viewers on the market, that's not necessarily an unfounded fear. But you actually need a good 24 hours to gauge whether or not you've hurt your eyes from staring at the sun. So your immediate symptoms like headaches and nausea aren't necessarily a result of eye damage, but rather a consequence of staring directly into the sun's rays. We're all predisposed to a certain amount of light sensitivity; it's why you have a natural instinct to squint at bright lights before your eyes have a chance to adjust to it. It's also why a lot of people with chronic migraines cite sunlight or light exposure as a migraine trigger.

Looking at a solar eclipse, though, puts your eyes in a fairly unique situation. Odds are you were in your relatively dim office building when you wandered out to look at the sun through your viewing glasses for a few minutes, and then walked back into the office directly afterward. That kind of light transition, even with safety glasses, is far more dramatic than the kind your body usually experiences. Exposing yourself to relatively dark areas and bright lights rapidly results in "flickering," which can cause headaches from the strain, and even seizures in people who are predisposed to them. If you have a headache after watching the eclipse, odds are you and countless other sun chasers are experiencing at least a mild version of that.

It's also worth considering, however, that some of your symptoms may be in your head. After events like this kick up a lot of talk on social media, people are more inclined to overthink "symptoms," and can even give themselves headaches or imagine nausea after hearing about other people experiencing it. It's not that you're dramatic (or maybe you are, I don't know your life) — it's just your body's way of protecting itself by trying to stay super aware.

That being said, if your symptoms are persistent and disrupting your life, you should definitely seek a professional opinion. If they're relatively mild, then find yourself a dark corner of your office, make sure you're plenty hydrated, and maybe take a breather before staring down the sun again. You've got a bit of time, at least — the next total solar eclipse visible in the U.S. isn't until April 2024.