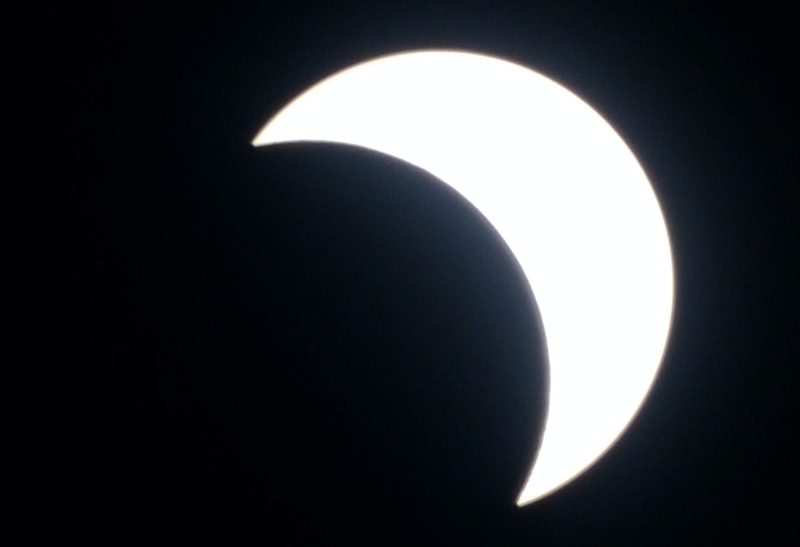 People are making a pretty big deal about the Aug. 21 total solar eclipse, and for good reason. This celestial event is the first visible in the U.S. since 1979, and the first accessible to most Americans since 1918. If you're wondering: When is the next solar eclipse? you're not alone. If this one lives up to the hype everyone's going to want to see more. While solar eclipses are fairly common, there are several types of solar eclipses, which are visible in different areas of the world at various times throughout the year.

A total solar eclipse, like the kind you'll see Aug. 21, occurs when "the new moon comes between the Sun and Earth and casts the darkest part of its shadow, the umbra, on Earth. A full solar eclipse, known as totality, is almost as dark as night," according to the website Time and Date.

Total solar eclipses typically occur once a year, and are visible in different parts of the world each time. On rare occasions up to five solar eclipses can occur in one year. According to Time and Date, the last time this happened was in 1935, and the next time will be in 2206. Unless you contract an ancient blood virus, like Lady Gaga's the Countess on American Horror Story: Hotel, I don't think anyone alive today will be around witness it. But, never say never.

Partial solar eclipses occur when the moon comes between the Sun and Earth, but the moon only partially covers the Sun's disk, Time and Date noted. Many people in the U.S. who are not in the path of totality will experience a partial solar eclipse Aug. 21.

The third type of eclipse is an annular solar eclipse. This type of eclipse happens "when the moon covers the Sun's center, leaving the Sun's visible outer edges to form a 'ring of fire' or annulus around the moon." Perhaps this is what Johnny Cash was singing about in "Ring of Fire."

Hybrid eclipses are the last type of solar eclipse. These can look like either an annular solar eclipse or a total solar eclipse, depending on where you're located along the central eclipse path, according to Time and Date.

"During a hybrid solar eclipse, the Earth's curvature brings some sections of the eclipse path into the Moon's umbra, the darkest part of its shadow that creates total solar eclipses, while other areas remain outside the umbra's reach, causing an annular eclipse."

When Is The Next Solar Eclipse In The U.S.?

Is the "ring of fire" annular solar eclipse your jam? You can view the next one in the U.S. on Oct. 14, 2023, according to retired NASA astrophysicist Fred Espenak on his website Mr. Eclipse.

If you manage to get some good snaps of the Aug. 21 solar eclipse, use NASA's Flickr Gallery to share your photos, but if you prefer to leave the photography to the pros, you can follow these Instagram accounts for non-stop eclipse coverage. Most importantly, don't forget to make sure you have NASA-approved eclipse glasses. Yes, this eclipse is a big deal, because this many people in the U.S. won't have access to another one like it for 28 years.