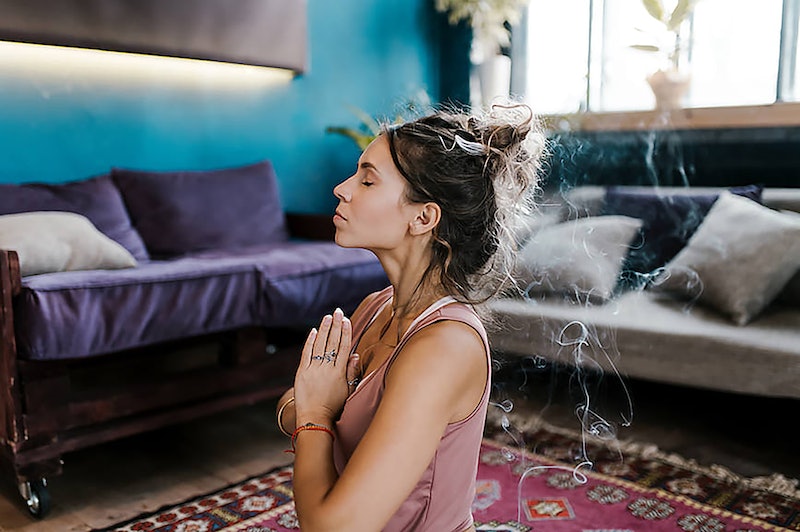 I talk about dating a lot. I love nothing more than a good chinwag about the good (and not so good) dates people have been on. Sharing is caring, after all, and as a very single woman in her mid-twenties, I have a lot to share. The rise of dating apps means it is easier than ever to grab a drink with someone. I, for one, have refined my Bumble openers down to a fine art. But there is just one problem. Why does dating make me feel depressed? I am an inherently nosy person, so I love meeting new people but the various pitfalls of dating can be hard to handle.

It's quite common to try and portray the most polished version of ourselves on dates. You spend time picking out an outfit that says "boss ass bitch with a wild side." You painstakingly craft out the most immaculate eyeliner flicks and, once you actually meet your date, you make sure to reel off all of your funniest stories and most interesting hobbies to prove what a well-rounded human you are. When this goes well, it's exhilarating. But, when it goes wrong, and they don’t feel the same as you, it can be pretty gutting. Well, it turns out there's a science behind that.

According to a 2011 study from the Proceedings of the National Academy of Sciences, being turned down by someone you are into stimulates the same part of the brain that is used to process physical pain. The study states, "social rejection and physical pain are similar not only in that they are both distressing, they share a common representation in somatosensory brain systems as well." And now the stigma of online dating has disappeared, you don’t even need to leave your sofa to feel that pain.

It has been reported that, as of 2018, Bumble has a recorded 40 million registered users and Tinder had a reported 57 million. The stigma of meeting people from apps hasn’t only disappeared, it's gone so far that, when I get a message from a friend saying they're going on a date, I automatically assume that they met the person online. However, the monotony of matching, chatting, meeting, and ghosting can become really tough.

Speaking about the feelings associated with rejection, psychologist Dr Guy Winch wrote on TED: "[O]ur natural response to being dumped by a dating partner or getting picked last for a team is not just to lick our wounds but to become intensely self-critical. We call ourselves names, lament our shortcomings, and feel disgusted with ourselves." Winch continued:

"In other words, just when our self-esteem is hurting most, we go and damage it even further. Doing so is emotionally unhealthy and psychologically self-destructive yet every single one of us has done it at one time or another."

Online dating has made it easier than ever to meet people. However, when you can pick up and drop someone in swift succession, it is difficult not to feel a bit like a commodity. The revolving door of dates can feel never ending, and even the most assured among us can be shaken by the rejection. So, for all you fellow singles out there, practising a little bit of self-love is key to survival, and if you need to take a sabbatical from dating (or from being your coupled-up friends entertainment), that’s OK, too. Look after yourself. And remember: if someone doesn't want to go on any more dates, that has nothing to do with your value or self worth. You were a kickass person before you started dating someone, and you're still that kickass person now.