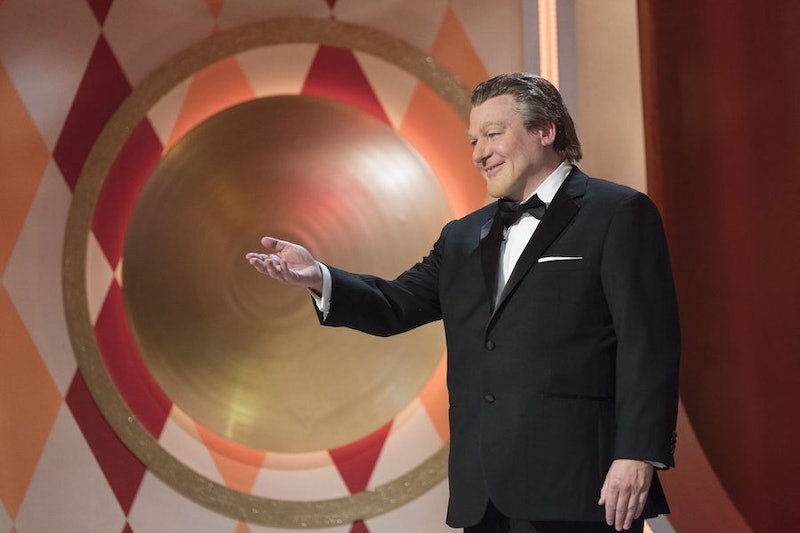 People appear on reality game shows and competitions for a lot of reasons: fame, success, or maybe even a shot at love. For a lot of contestants, however, it’s all about the money. I mean, would watching Who Wants To Be A Millionaire have been as fun if there were no millions and it was just about being smart? But the new revival of The Gong Show, which is coming back to TV for the first time since 1989, has a very different approach; winners will only receive 2,000 dollars and 17 cents, which is certainly better than nothing but nowhere near the level of other shows. So why does The Gong Show have such a weird prize?

Ever since the very first version of the show aired in 1976, it’s had a reputation for being extremely odd and irrelevant. Unlike most competitions on TV today, like So You Think You Can Dance? Or The Voice, the point of The Gong Show wasn’t to be the most talented—it was to be the most entertaining, which is something completely different and extremely subjective. The wonderful weirdos who appeared on the show would perform their unique act for a minimum threshold of time, and if the judges or host wanted it to stop after that, they would strike a large gong, immediately disqualifying them.

If the contestant reached the end of their act without getting gonged in the original version of the show, the judges would give them scores, and the highest-scoring act got a grand prize of $516.32. According to the LA Times, this “highly unusual amount” was said to be the Screen Actors Guild's minimum daily wage in the late ‘70s; TV Party notes it was later increased to $712.05 and then an even thousand dollars after the series was relaunched in syndication. Chuck Barris, who famously hosted The Gong Show throughout its entire run, reportedly kept the prize intentionally low so it wouldn’t be considered too important.

Nowadays, $2000.17 appears to be higher than the current minimum daily wage laid out by SAG-AFTRA, which is something around $933 for day performers according to their most recent television guidelines. So if that rumor were true in the ‘70s and ‘80s, it certainly isn’t now. But it’s still a pretty familiar number if you’ve looked at a calendar in the past seven months—it is 2017, after all. What better way to embrace the wacky spirit of the former Gong Show by paying tribute to its roots, with an updated twist?

Make no mistake, though: the prize money isn’t even the weirdest thing about the show. It’s definitely the bonkers Mike Myers character (no, really, that’s what he is) "Tommy Maitland," who’s hosting the dang thing. Just look at this guy and tell me he doesn’t seem like the exact kind of person who has exact change on him at all times. Of course he’s giving out prizes that have numbers after the decimal!

Normally reboots of classic TV shows leave me suspicious, but I won’t lie: I am earnestly interested in seeing just how much nonsense a 2017 version of The Gong Show can get away with. If that $2000.17 can buy some of the more hilarious contestants a new laptop here and there in the process, then more power to them.

More like this
Yes, That Is Victoria & Another ‘BiP’ Alum In Zach’s ‘Bachelor’ Trailer
By Kadin Burnett and Grace Wehniainen
Why Wasn't Teddi At The 'Bachelor In Paradise' Reunion?
By Brad Witter
A Former 'Strictly' Star Is Set To Make A Sensational Return To The Show
By Bustle UK
BBC’s Gladiators Reboot Is Staying Close To The Original ‘90s Phenomenon
By Sophie McEvoy
Get Even More From Bustle — Sign Up For The Newsletter