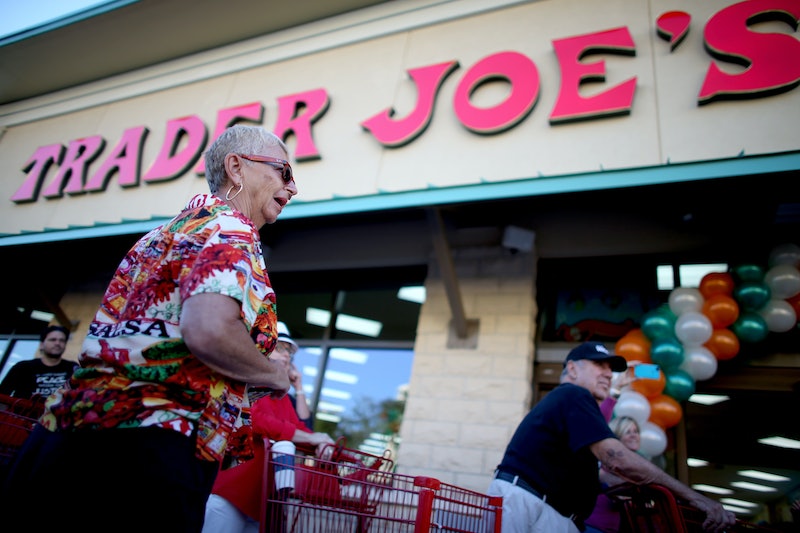 While some products at Trader Joe’s seem like they’ll always be around, it’s not uncommon for some items to just quietly… disappear from time to time. If you’ve ever had the misfortune of falling in love with one such product, you’ve no doubt wondered, “Why, oh, why does Trader Joe’s discontinue products?” Well, the good news is, we’ve finally got some answers, thanks to a recent episode of the Inside Trader Joe’s podcast. The bad news is that most of these items are unlikely to return to shelves anytime soon — but at least we’ve got some closure now, right?

Inside Trader Joe’s originally launched in the spring of 2018. Interestingly, the intention at the time wasn’t for the podcast to become an ongoing thing; just five parts were planned, addressing topics such as how new product decisions are made, what goes into TJ’s wine selection, and — perhaps most pressingly — why the TJ’s uniform involves Hawaiian shirts. All five of the original episodes were released on May 1, 2018 — but they proved to be so popular that in September of that year, new episodes started arriving, as well. These days, the show releases roughly once a month, with each episode running somewhere between 20 and 25 minutes. Episode 15, which aired in June of 2019, offered listeners something new: The chance to get some of their most pressing questions about Trader Joe’s answered in a Q&A-style show. For the episode, hosts Tara Miller, who is Trader Joe’s marketing director, and Matt Sloan, the company’s vice president of product marketing, were joined by Jon Basalone, the president of stores, and Mitch Heeger, the executive VP for marketing and merchandising, both of whom provided inside views on some of the goings-on at Trader Joe’s to which customers aren’t typically privy.

It was Heeger, though, who addressed the one issue that anyone who has bemoaned the loss of a formerly beloved item has no doubt spent at least some amount of time obsessing over at some point in their life: Why does Trader Joe’s discontinue items? We hear all the time about new items rolling out on shelves, but the items that go to the Great Grocery Store In The Sky frequently depart with little, if any, fanfare, leaving fans wondering where the heck they went. It turns out that the bottom line isn’t malicious (which, to be honest, is no great surprise; Trader Joe’s doesn’t seem to have a malicious bone in its theoretical body), but hard to argue against all the same: Items get the axe when they’re just not moving off of shelves.

As Heeger put it in the episode, “We pride ourselves on listening to our customers and we always say that, you know, customers vote with their dollars.” He noted that TJ’s higher-ups are “always looking at… [both] products that sell really well” and “products that may not sell as well”; as such, said Heeger, “If something’s not selling as well, we’ll discontinue that product.”

There’s a reason why the discontinuations happen so quietly, too: According to Heeger, they’ve tried giving customers advanced notice when a product is about to vanish from shelves — but it’s never quite had the desired effect. “Either the product is in some areas really successful, so stores just jump all over it and it goes to one area,” he said. “Or stores see that, ‘Oh, that's going to be discontinued. And it's kind of a bad seller anyway,’ so they don't order it, and it sits in a warehouse.” Whomp, whomp.

So, there you have it: Despite their seeming popularity, the reason you can’t get Tofu Edamame Nuggets or Dark Chocolate Cookie Butter Cups anymore is because not enough people dug them. You can occasionally find these items via third-party sellers who snapped them up before they were discontinued — but know that if you choose to do so, there’s, uh… no telling how old those items might actually be. Consider yourselves warned.

The good news, though, is that there are usually plenty of new products rolling out all the time to take the place of our fallen comrades. Might I interest you in some Apple Cider Jam or Cinnamon Bun Spread? You can always stay on top of the new releases at the Dig In section of Trader Joe’s website — and don’t forget to check out the rest of the Inside Trader Joe’s podcast while you’re at it. Happy listening and munching!