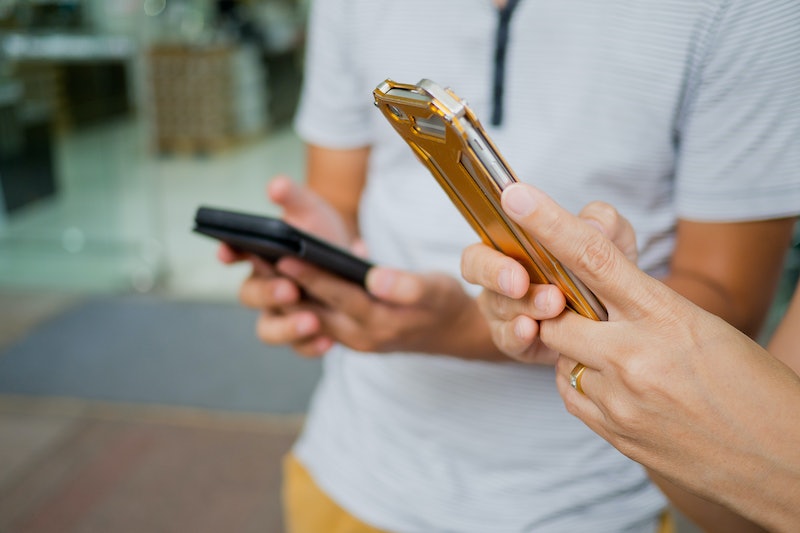 Back at the beginning of the year, Twitter announced new features coming to the platform as well as a redesign users could anticipate in the coming months. Well, it appears that time is now as #NewTwitter has started rolling out for some users, prompting people to wonder why Twitter looks different. If you need a moment to scream “NO” and “WHY” and “GIMME BACK MY OLD TWITTER, YOU MONSTERS,” you may do so now. I will wait.

Like most platform updates, the rollout includes some features people have been asking for and some people are not so much a fan of. One of the more anticipated features is an updated Dark Mode. As Twitter’s design team explained in a tweet thread at the end of March, Twitter’s OG Dark Mode, which had been renamed “Dim,” would be getting an upgrade so users had more control of the feature.

In addition to switching the icon from a moon to a lightbulb, Dark Mode now has a pure black background, as some users said they wanted Dark Mode to be even darker. The update also allows you to access Dark Mode faster. “While it’s still available in settings, you can also swipe right and hold down the light bulb icon at the bottom to access dark mode, adjust your themes, and turn on/off automatic dark mode!” the tweet explains. Dark Mode is everywhere, y’all. So, if you’re not a fan, you may want to avert your eyes or up that brightness.

However, the biggest and most jarring change is to Twitter’s desktop view. It’s bigger. It’s brighter. It kind of looks like you zoomed in on your page a little too much. If you didn’t get the update automatically, you should see a preview function on the right side of the screen allowing you to “Sneak a peek at the new Twitter.” If you don’t want to commit to making the switch, you can also preview it here.

In addition to the overall design update, the three-column view has changed. The top menu bar is no longer. Now, icons for things like Home or Messages or Notifications are on the left navigation bar. When you scroll, instead of all three columns (the Trending column, your feed, and the “Who to Follow” column) moving at once, this left navigation bar is stagnant.

You’ll be able to see and access more of Twitter’s updates on that left nav, including Dark Mode (accessible under the More tab) and Bookmarks. Last year, Twitter rolled out Bookmarks, giving users a way to save tweets without “favoriting” or “liking” them. Sometimes you want to save a tweet without engaging with it publicly. (I will let your imagination run wild with what that content might entail.) Twitter Bookmarks essentially give you a space to save those tweets privately. With the platform’s new update, Twitter is doubling down on the feature, giving it a spot on the navigation bar alongside Messages and Explore.

Change can be scary and different and confusing and different and strange and did I mention different? If you’re looking to switch back to Old Twitter or aren’t willing to fully commit to the redesign just yet, there is still hope.

On that handy-dandy left navigation bar, under the tab labeled “More,” you’ll see a button marked “Switch to legacy Twitter.” When you click that, you’ll be transported back to your old, familiar Twitter timeline. Your top navigation bar will be back. The font size will shrink down to the size you’re used to. You can bask in the comfort of #OldTwitter all you want. It is the thing to closest to time travel that we have.

More like this
Here’s What TikTok's "Mascara” Trend Is *Really* About
By El Hunt
Ashamed Of Your Screen Time Stats? Here's How To Change That
By Alexis Morillo
Learning To Love, Not Judge, The Lunchbox Wives Of TikTok
By Esther Zuckerman
How To Turn Off TikTok Profile Views So You Can Stalk Other Accounts In Secret
By Alexis Morillo
Get Even More From Bustle — Sign Up For The Newsletter
From hair trends to relationship advice, our daily newsletter has everything you need to sound like a person who’s on TikTok, even if you aren’t.