It's no secret that politics are crazy, even if you aren't a politician. One minute, you're being awarded the National Medal of Arts from one U.S. president, and the next, you're being blocked online by another. Or at least, that's what happened to author Stephen King, who recently revealed the reason why Donald Trump blocked him on Twitter. Apparently, it had something to do with a yoga-related insult that only the Master of Horror could have quipped.

During an appearance Wednesday night on Late Show to promote his latest novel, The Outsider, King told host Stephen Colbert that the president blocked him sometime "eight or nine months back" after the author called him out on Twitter, something King has been doing quite often since the election. When asked what exactly it was he said that made Trump finally push the block button, something the president has become famous for doing, King revealed all it took was one perfect online burn.

“I might’ve said he had his head somewhere where a certain yoga position would be necessary to get it there,” King told Colbert. “And that was it, man.”

He also revealed that, after being blocked by the president, King blocked Trump back. He also said he blocked Vice President Mike Pence, who he called "creepy."

You can see the whole hilarious reveal, below: 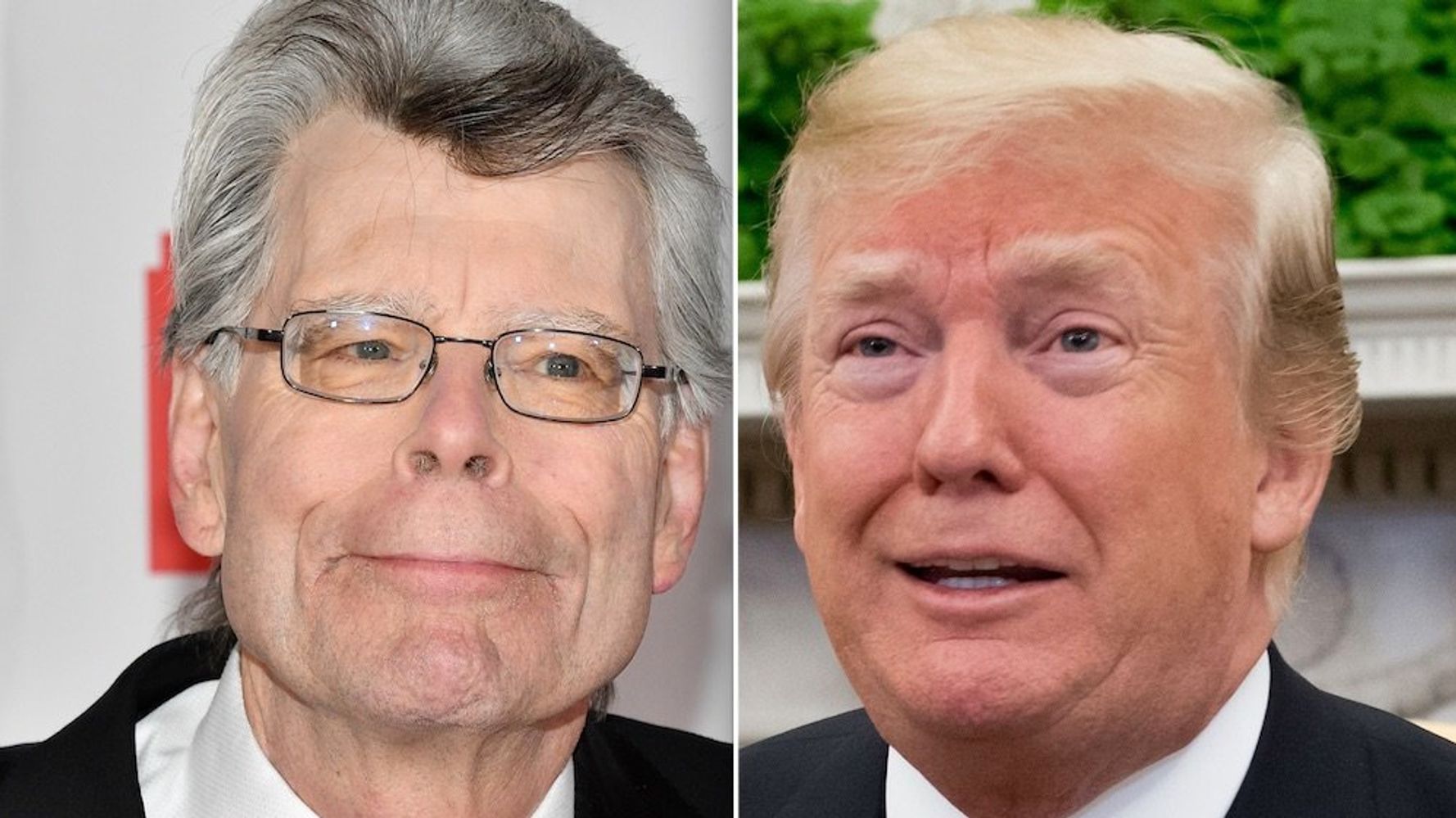 Although he was there to promote a new book, King's interview quickly turned into a critical and often hilarious discussion of the president, one that the author did not hold back during. When asked by Colbert which of his fictional monsters, demons, or bad guys Trump most resembled, he came up with two chilling answers: The Dead Zone's Greg Stillson, a right-wing zealot whose absurd politics puts the entire globe in danger of nuclear disaster, and Under the Dome's Big Jim Rennie, an local politician whose ego is as dangerous as his authoritarian attitude. King also drew comparisons between the current president and Superman's evil doppelgänger, Bizarro.

Trump wasn't the only one at the receiving end of King's creative criticism. The author likened Mike Pence to "the mean doctor on a soap opera, the one who sells drugs, you know, or has a prostitution ring from Bulgaria or something." Even King's insults have the legendary creative flair his horror novels do, which is probably why Trump blocked him on Twitter to begin with.

Although King did not specify exactly which Tweet drove Trump over the edge to block him during his appearance on Late Show, you can look at his account and see that there are plenty of contenders. Since his inauguration, King has called Trump a "basic hot mess" and "incredibly stupid," while criticizing his staff and administration for being "ugly, mean-spirited, small-minded, skeevy, and just plain wrong" as well as "bad tempered, arrogant, insensitive, and largely incompetent," among many other things.

Trump has a long history of blocking his critics on Twitter, but on Wednesday, a federal judge ruled that it was unconstitutional for him to do so. Although the administration has not yet said whether or not they would appeal the court's decision or unblock users, the ruling could have major implications for all kings of local and national government officials who use social media to reach their constituents.

Blocked or not, King has continued using his platform to share criticism of the president and his administration to his almost five million followers. In the wake of the Santa Fe school shooting that claimed the lives of ten individuals earlier this May, he called Trump "the NRA Sweetheart in Chief." When the president blasted the "Fake New Media" again recently, King quipped back, saying "Paranoid much?"

He may be the Master of Horror, but on Twitter, Stephen King is clearly the master of the online burn.